Omedia (formally IHS) took a look at production and revised their forecast for display production in 2020. The forecast projects a decrease in TV panels but an increase in monitors and notebook PCs, even as production in the first quarter of 2020 will be down at least 50% Y/Y and may not fully recover until Q320. Moreover, demand is also likely to be restricted as unemployment has be showing exponential growth.
​
Table 1: LCD Panel Shipment and Area Forecast

Source: Omedia
Even before the pandemic, China was losing its position as the world’s smartphone factory as recent dynamics within the supply chain and production ecosystem, shifted away due to rising costs, trade tensions with the US, and a re-prioritization of other consumer markets make China less attractive as a production base. Vendors have been shifting production to India and Vietnam. India with its ‘Make in India’ policy enticing many vendors to expand there. And with the country now the world’s second largest smartphone market, manufacturers could be swayed into moving production onto the sub-continent. The pandemic has put a crimp into these plans as Samsung and others announced a postponement of production in India. 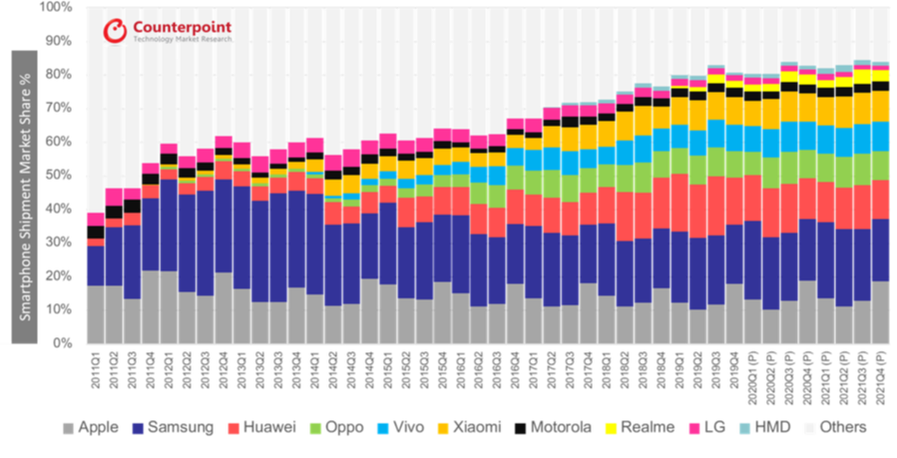