Laptop Magazine tried to explain why foldables were not selling more and after talking with 5 experts came up with a consensus, they cost too much. Fisher of Tom’s Guide said his experience with the Galaxy Z Fold 2 has been damn-near life-changing. “It has changed every single thing about the way that I interact with my phone. It has replaced my laptop 30% of the time. I've written scripts many times on the phone. I’m talking 2,500, 3,000 words very comfortably. I can't say enough good things about the Fold 2,” Fisher said.

“What would it take for foldables to become more mainstream?” Fisher was asked .
“The price needs to come down significantly,” he said. Fisher isn’t the only one who believes the price is the main deterrent to foldable world domination. Four other phone experts were asked about foldable industry — here’s what they had to say. Zack Nelson is the brains behind the JerryRigEverything YouTube channel, which has nearly seven million subscribers to date.

Fisher, Nelson, Evans, Riley and Ismail are optimistic that foldables will eventually spread like wildfire once their prices drop. Once the public spots the “in-crowd” living an enviable lifestyle with foldable phones, watch consumers jump on the bendable device bandwagon.

These experts seem to lack perspective on the foldable dynamic, the innovation in hinges and durability, the thinning of the product, the increase in brightness, the adoption of the S Pen, the use of a larger screen for video.  We got nothing from the price assessment – most breakthrough products take advantage of early adopter purchases, typically at higher margin to overcome lower yields.  Sales of a new form factor product can’t be judged after one year.  Give it a break guys; the first-generation iPhone sold 1.39 million units in 2007. Samsung’s 1st foldable in 2020 sold 2.5m units. 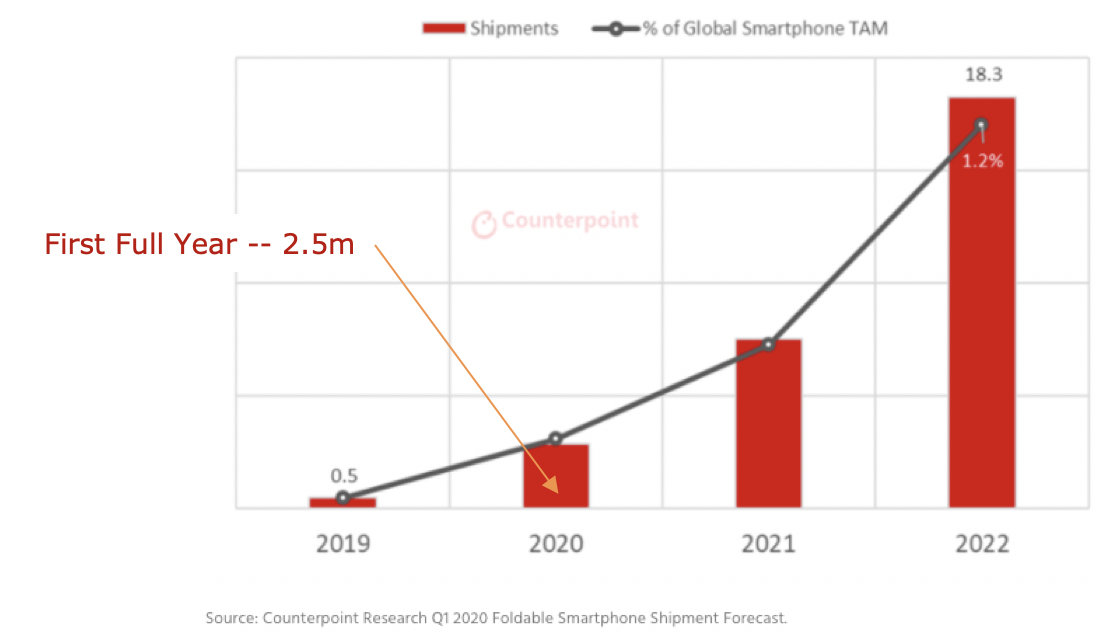