DNP as a virtual monopoly for FMMs with >90% market share.   Toppan Printing also produces FMMs, as do a number of smaller firms.  Samsung Display has a long standing agreement with both companies that guarantee’s it much of their supply, leaving others to work on allocation or find multiple smaller suppliers that tend to have inconsistent product or scheduling.  A recent study of the FMM market has indicate that there is a 31% gap between supply and demand this year as OLED RGB expansion projects continue, especially in China, and supply is strictly limited.

China has not taken the situation lightly as it impinges on both its goal of self-sufficiency and could limit its ability to compete with other OLED producers, particularly Samsung Display.  There are at least seven projects in China that are developing technology and process for mass production of FMMs, but even with over $500m spent toward that end, the most advanced is still in the product sampling stage.  An industry evaluation predicts FMM supply and demand is not in balance, until 2025 and only of the China projects and the two Korean projects perform according to plan 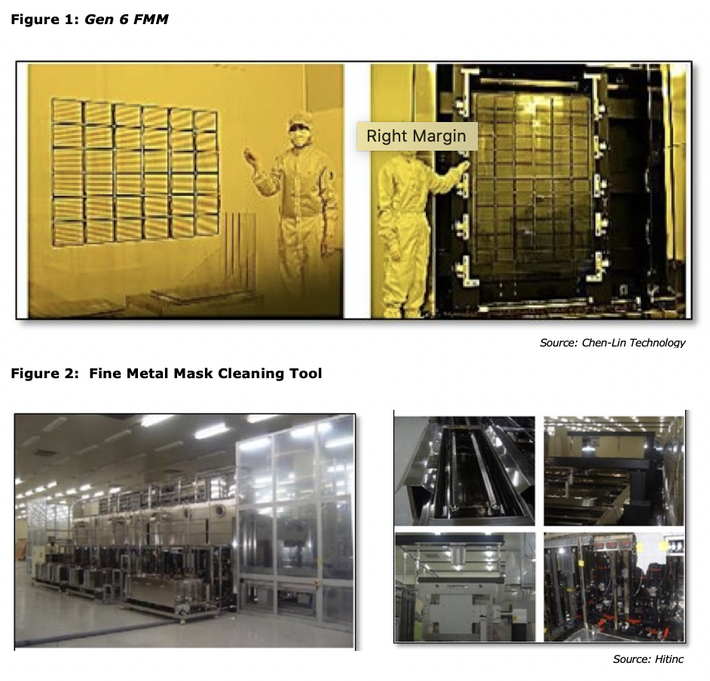