Approximately 24 percent of mobile consumers have undergone screen replacements because of serious scratches and other breakages, according to a study by Mintel. Smashed windows are the engineers' greatest fix quota, right there with weak battery life complaints. Some have already identified the technology, this experiment served as a breakthrough like in Terminator 2 film, where a humanoid robot self-healed using advanced technology.

Researchers from the  Korea Institute of Science and Technology(KIST) Composite Materials Applications Research Centre and Yonsei University applied a translucent polyimide for mobile screen security that is prone to scratches and fractures, rendering it an ideal composite for alteration. Reportedly, the substance extracted from linseed oil uses UV light to restore itself in 20 minutes, or it may self-heal at room temperature over 12 hours. The researchers announced that they formed flaxseed oil-containing microcapsules that combine with silicone to produce a protective film. The microcapsules burst until the panel breaks. The damaged region is flooded with the material and the damage is restored. In humid weather, even at 700C, the self-healing safety film performs faster, according to sources. While this is not the first time since a team of researchers from the University of Tokyo in Japan allegedly found one last year, we are hearing more about a self-healing substance for smartphones. 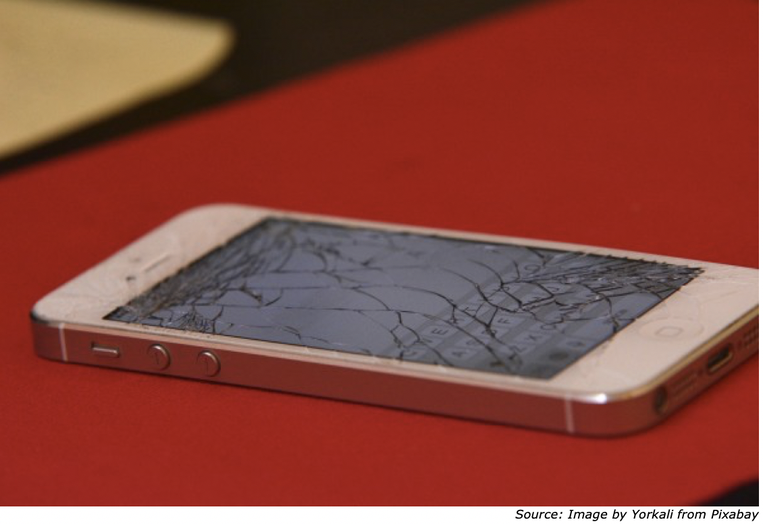 ​When broken screens were a thing of the past, the breakthrough might also mean an end to screen repair services. It could also usher in a modern technical age with mobile displays that are versatile. Apple submitted a patent application in January that released a proposal for a folding iPhone with a "self-healing" monitor.

The Verge's Taylor Lyles demonstrated that self-healing may be triggered automatically, such as when the system is charged or on a fixed timetable, and that fire, light, or electric current will be used to restore a protective layer above the screen.
But does a screen that might restore itself, for software firms, contribute to lesser revenue? A report from TechLoot explained its possibility. It is necessary to patch screens, she said.

However, Freeman noted that patching screens might be pricey, and individuals often do not carry out dedicated policies to cover the devices. It would be cheaper to trade in a smashed phone and take a loss on a new one, Freeman said. This sales push will be taken away by a self-healing phone, she said.

The wheels of creativity are spinning regardless of possible sales loss, as other information in the Apple patent showed that the prototype product cover might have an elastomer coating, allowing it durability, while having the inner components covered.
Lyle adds that Samsung and Motorola are already producing numerous foldable phone types. However, the self-healing functionality proposed by Apple will bring a new twist to these products.