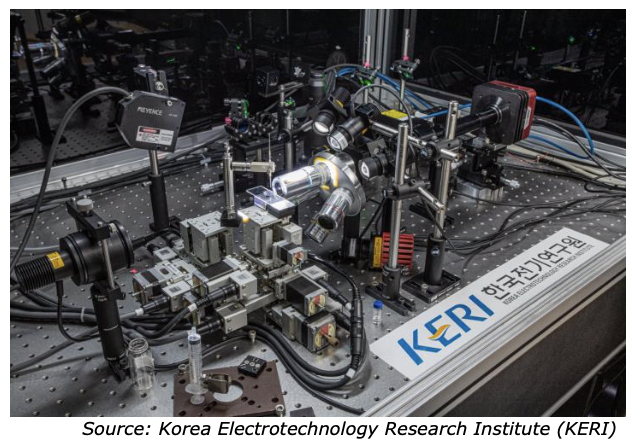 The KERI team believes that the light intensity required for a superhigh resolution could be achieved by producing pixels with a 3D structure. Instead of using a 2D patterning approach, the team applied a 3D structure to its pixels to overcome light intensity issues. The 3D layout enabled a twofold increase in brightness with full colors (red, green, blue), compared to conventional thin-film-based structures, and had no significant effects on the spatial resolution. Using its nanophotonic 3D-printing technology, the team demonstrated the production of pixels with a lateral dimension of 620 nm and a pitch of 3 μm for each of the red, green, and blue colors. The researchers demonstrated the three primary colors in 5600 pixels per inch (PPI), exceeding that of 8K QLED TV (100 PPI), laptop (200 PPI), and smartphone (800 PPI) devices, while surpassing the limit of commercial technology (1000 PPI) by five times or more. The team also demonstrated individual control of the brightness based on a simple adjustment of the height of the 3D pixels. The pixel density provided by the KERI team’s approach could be applied to future displays for VR and AR, beam projectors, and other applications requiring superhigh resolution. One of the biggest benefits of the nanophotonic 3D-printing technology, the researchers believe, is that the QDs can be 3D-printed onto polyimide or polyethylene terephthalate materials, which are used to produce flexible substrates. This could allow the technology to be used for wearable or rollable devices.