Apple Inc. reported revenues of $81.4B for their third quarter of 2021, representing both an improvement in growth rates and margins. Product sales increased by 37% in the last quarter, outperforming revenue growth from services, which grew 33%.
Apple benefitted from the release of the iPhone 12, which has generated significant demand thanks to the 5G upcycle and the best Q3 in terms of upgrades. Last year, Apple released its cheapest iPhone to date, the iPhone SE, which tackles the lower-income end of the market. This cheaper model helped Apple increase its customer base, getting people through the door, and these customers are then quite likely to upgrade or switch to other models. The downside was the poor performance of the iPhone Mini which seems to be nearing EOL as new SE will be released in 2022. iPhone revenue was up 49.8% Y/Y. 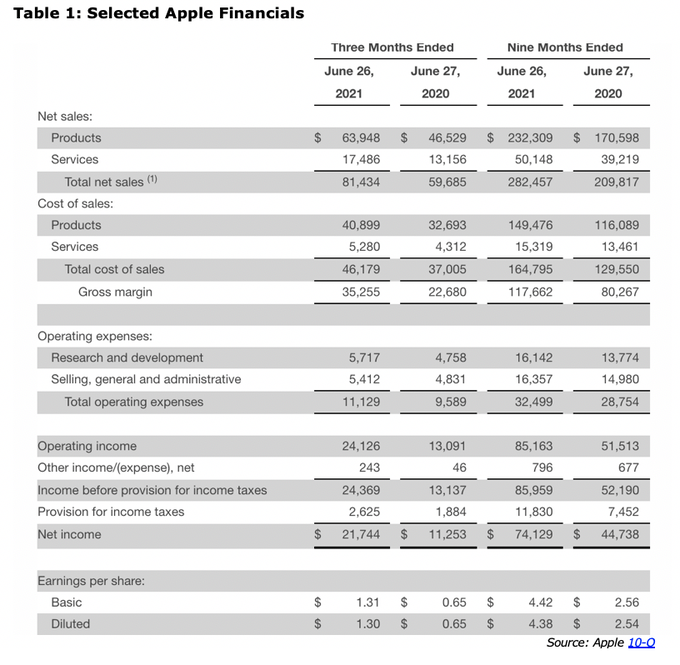 ​The other great success story was the iMac and the iPad Pro, which also saw strong demand and are powered by Apple's in house produced M1 chips. 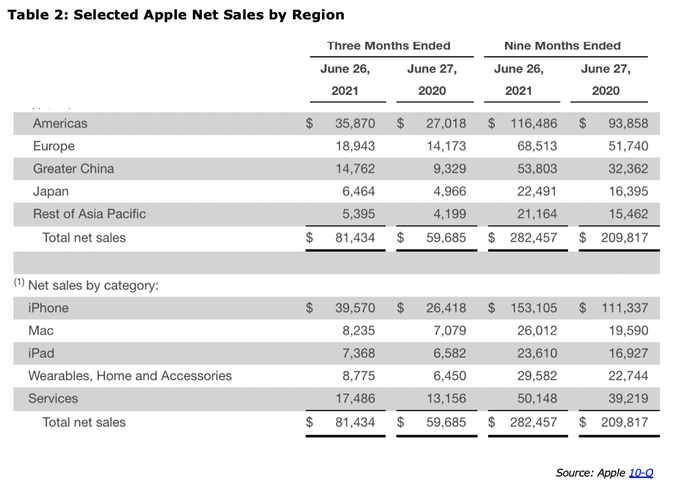 ​Services were up 33% in revenues and strength in the Ad and Apple Care, as COVID disrupted this line of business. Moving forward, the company expects Service growth to return to lower rates. The improved financials were accompanied by strong growth abroad, specifically in China where revenues were up 58.2% Y/Y.