The new iPhone 12 series should be unveiled in September, according to regular schedule, and the latest reports indicate Apple will meet the current targets. Previous estimates said that some of Apple’s iPhone 12 versions might be delayed because of the coronavirus pandemic. Apple wants to sell large iPhone quantities, but the worldwide economy has taken a serious hit, and high priced iPhones might face some reluctance, while the lower priced SE is increasing sales. Previous reports said the iPhone 12 series will be even more affordable than the iPhone 11 series  Jon Prosser revealed the pricing structure for all models  said the 5.4-inch iPhone 12 with 128GB of storage will cost $649. The premium 6.7-inch iPhone 12 Pro Max with 512GB of onboard storage will cost $1,149 as Apple covers a wide range of prices for the iPhone 12 that could satisfy various budgets. 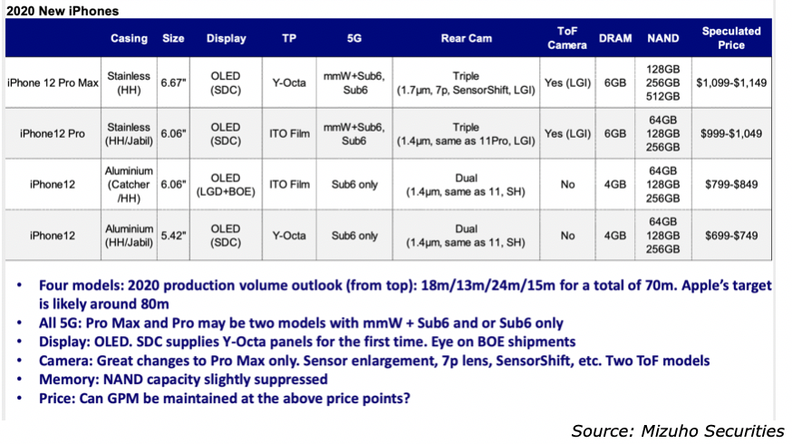 Starting at $649, the 5G iPhone 12 would be a much better proposition than its main competitors, including the Galaxy S20 and OnePlus 8. It would be even cheaper than the Pixel 5, which is rumored to start at $699. Of all these devices, Google’s phone will be the least powerful. The latest iPhone 12 leak that claims the 4G models will be even cheaper. According to a new leaker that goes by the name of Omega Leaks on Twitter, Apple will have two 4G iPhone 12 versions in stores, including a smaller model priced at $549 and a 4G iPhone 12 Max that would cost $649. It is likely that these leakers are confusing the lack of mmW support for the 2 models with a no 5G model.
The iPhone 11 will stick around, especially if there’s no 4G iPhone 12, and it will likely cost $599. The iPhone 11 is currently the best-sold iPhone 11 series version. Apple is looking to cut iPhone prices this year, and the iPhone SE is the best example of that. At $399, the new iPhone SE has no rival when it comes to performance. From: bgr

The current plan for 2021 is shown below and has the same display sizes as 2020, with the replacement of touch film with Y-OCTA in all the models, except for the LCD based SE3 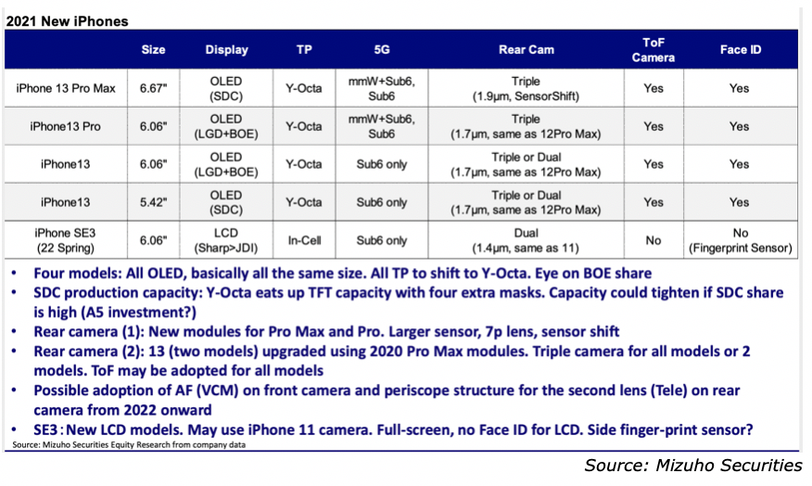