At the end of September 2020, Lenovo announced that 13.3” QXGA ThinkPad X1 Fold, which is now available for a low price of $2499. Lenovo didn’t expect to be alone in the field of foldable display laptops as prototypes have been shown before. Now, Etnews, reports Intel, Microsoft, and Samsung started a joint to produce a competitor. Both Samsung and BOE are starting to develop 17-inch foldable OLED displays that can be used for these laptops. When folded, it will become a 13-inch display with a virtual keyboard. The panel goes into mass-production at the end of 2021, with new laptops debuting in 2022. Lenovo acting as a pioneer has a 2-year lead on the competition. Intel is expected to supply the technology called the Horseshoe Bend, to allow a section of the display to be a virtual keyboard or a drawing surface, when the display is unfolded. Microsoft will work on the software side to facilitate this, ensuring that such a display will work seamlessly with Windows 10, hopefully they have learned something from the substandard results from the Duo. The tactile feel of typing on a physical keyboard won’t be easy to let go of, but consumers did make the transition from Blackberry to the smartphone capacitive touch. 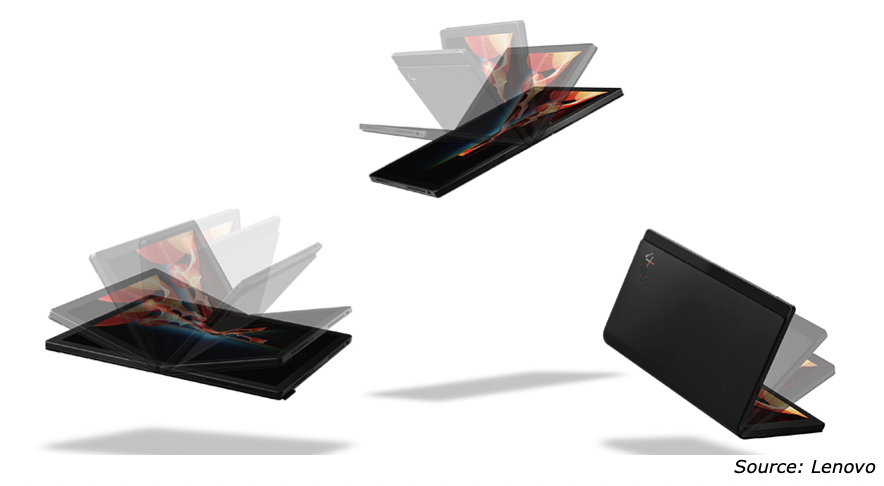