Vertical Divider
​Musing in Shanghai at the International OLED Summit
​

Ink Jet Printing and Soluble Material
January 20, 2020
​
Takeshi Yamada, VP of Sumitomo provided a status on IJP and the performance of polymer material. The performance soluble polymer material has improved significantly over the last few years and it is currently being used by JOLED in their pilot line and will soon be used in mass production. TCL has also built prototype displays, 31” 4K with the material. There remains however, a gap in the color gamut and it is necessary to use a color filter to attain the market requirements of ~80% BT.2020.  Sumitomo believes the, the goal can also be met by using a micro cavity totter with a circular polarizer, but the light output would be less efficient than using a color filter alone. 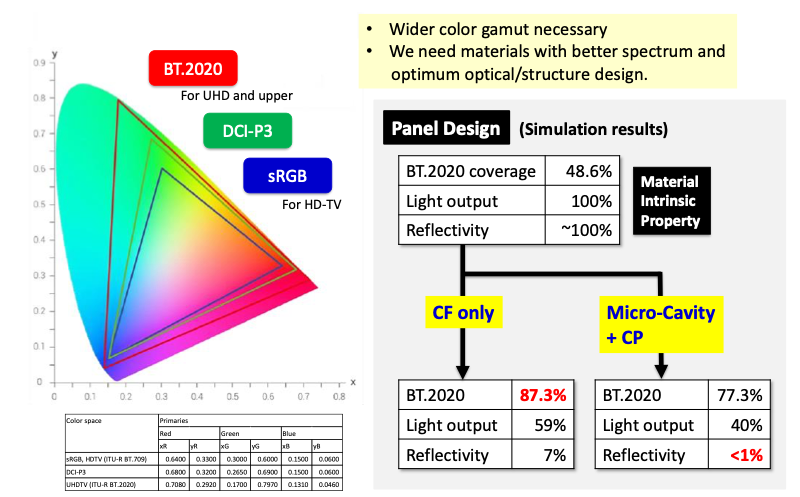 The 2nd challenge for Sumitomo is to increase the lifetime of the material. They measure lifetime (T95) using 1,000 cd/m2 as shown in the next chart. IN 2019, the lifetime measures were:


To put the performance in context, Mike Hack, VP of UDC showed a chart depicting the current lifetime of commercial phosphorescent red, green and yellow used in top emission smartphone displays. UDC no longer shows material performance publicly and the data in Mike’s slide is not very descriptive, but it does provide an indication of performance demand. 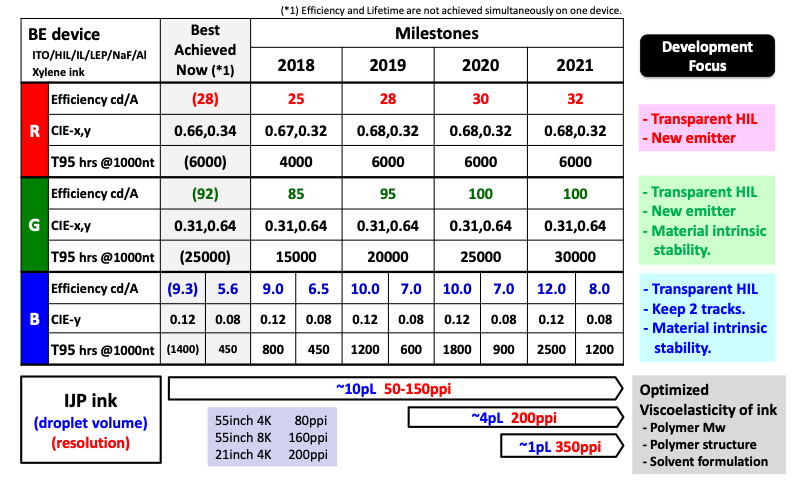 The lifetime tests are conducted at 3,000 cd/m2 for red and 10,000 cd/m2 for green and the lifetime appears to be for T97. We can conclude that the polymer performance remains orders of magnitude below UDC phosphorescence so much work remains. 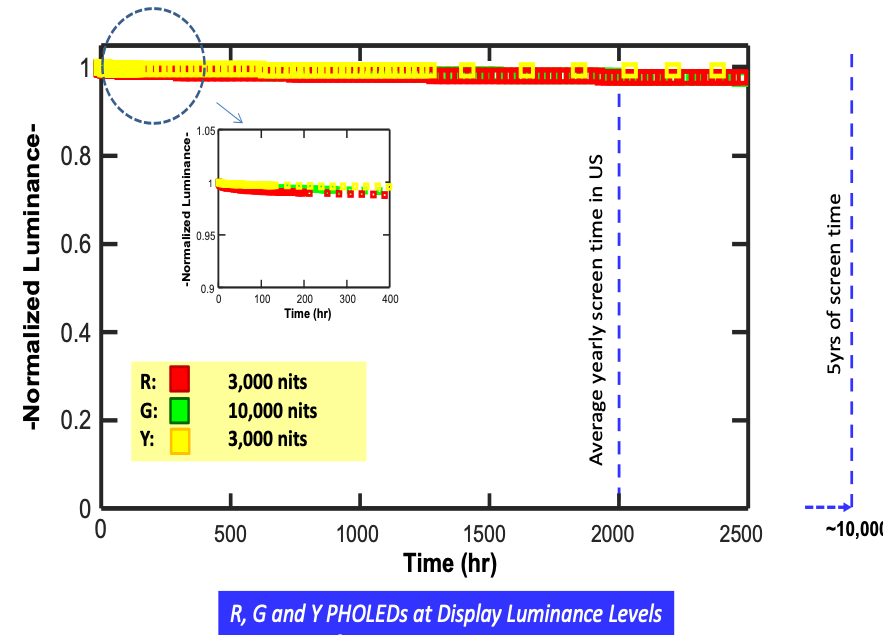