Vertical Divider
Ultimately, inflation is still a monetary phenomenon and the M2 measure of the money supply is up about 33% since February 2020, pre-COVID.  Eventually, that will translate into a substantial rise in overall spending or nominal GDP (real GDP growth plus inflation) and since the Fed has little to no control over real GDP growth beyond the short-term, that means higher inflation.  Between the late 1950s and early 1990s, the ratio of nominal GDP to M2 hovered in a narrow range very close to 1.8.  For every new dollar of M2 translated into 1.8 more dollars of spending.  And if the ratio remains the same, then a 10% increase in M2 leads to a 10% increase in overall (nominal) spending. This ratio rose in the 1990s, as did real GDP growth and the strong real growth of the 1990s was actually associated with lower inflation.  Since then, the ratio of GDP to M2 has generally dropped.  Immediately prior to COVID, in the last quarter of 2019, the ratio was 1.42; now it's 1.12.  M2 growth has not translated directly to inflation.

If the ratio is headed back to the 1.42 that prevailed just before COVID, and nominal GDP normally grows 4% per year – 2% real GDP growth plus 2% inflation – it would take six years (so, 2027) to get back to that 1.42 ratio.  But only if M2 doesn't grow in the interim.  No change at all.  More likely, M2 does grow in the interim and that additional growth feeds through directly to higher inflation.

The ratio of nominal GDP to M2 has dropped because the velocity of money has fallen.  That's the speed with which money circulates through the economy.  It's hard to see velocity falling further from 1.12 because to do so means eventually going below 1, and that has not happened in any recorded history of the US. The Fed will also be releasing a new set of economic projections as well as projections about the path of short-term interest rates.  In June, the Fed was forecasting that inflation would be back down to roughly 2.0% in 2022.

Morgan Stanley hosted a virtual industry conference for industrial companies and a common theme among the presenters was both the difficulty of getting enough supply of materials and labor and the commensurate increase in costs that comes when both are in short supply. Shortages ran the gamut from commodities such as petroleum-related products and base metals to value-added goods such as specialty machinery and semiconductor chips. In addition, freight costs from shipping to trucking to airfreight are all up significantly. The CFO of Trane, which is particularly exposed to aluminum, copper, steel, and freight (HVAC units are bulky and heavy) called the inflationary environment "unprecedented". While many prices for things such as metals are not unprecedented, they are close to or at 20-year highs. 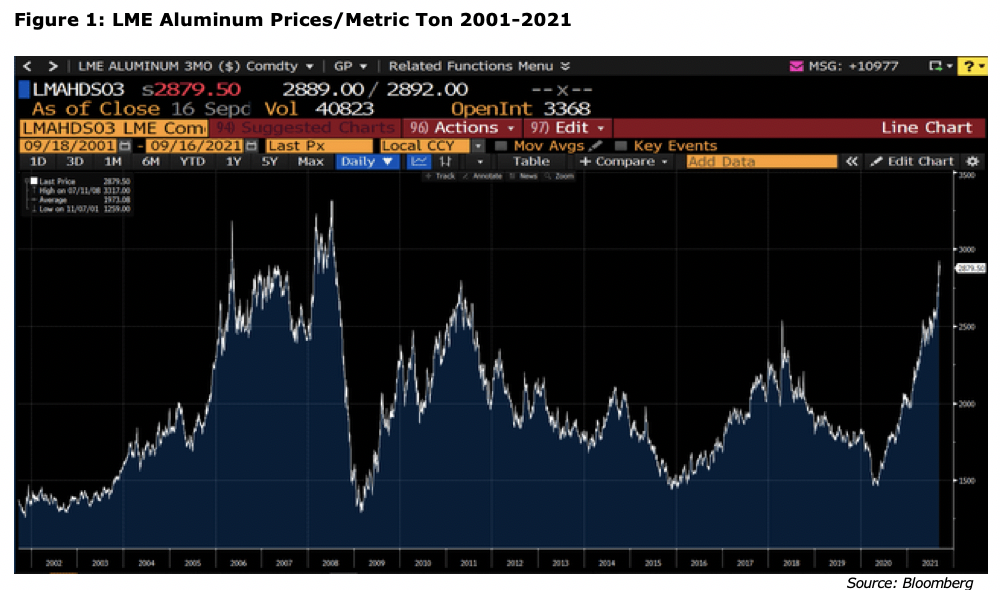 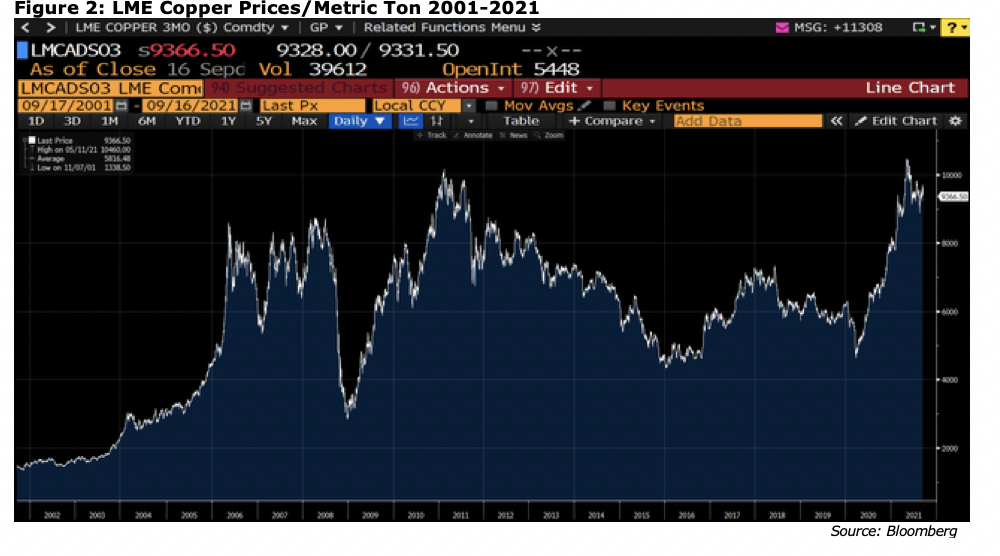 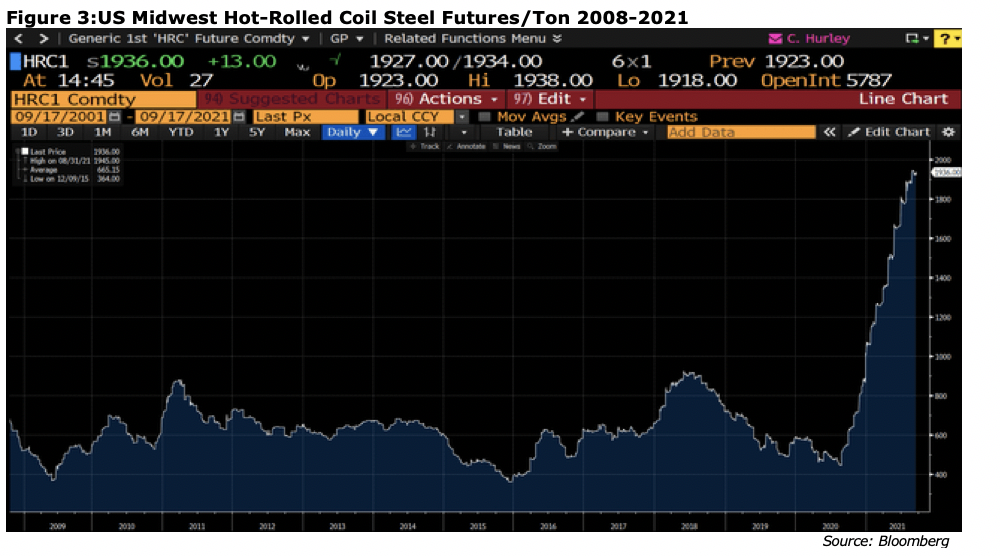 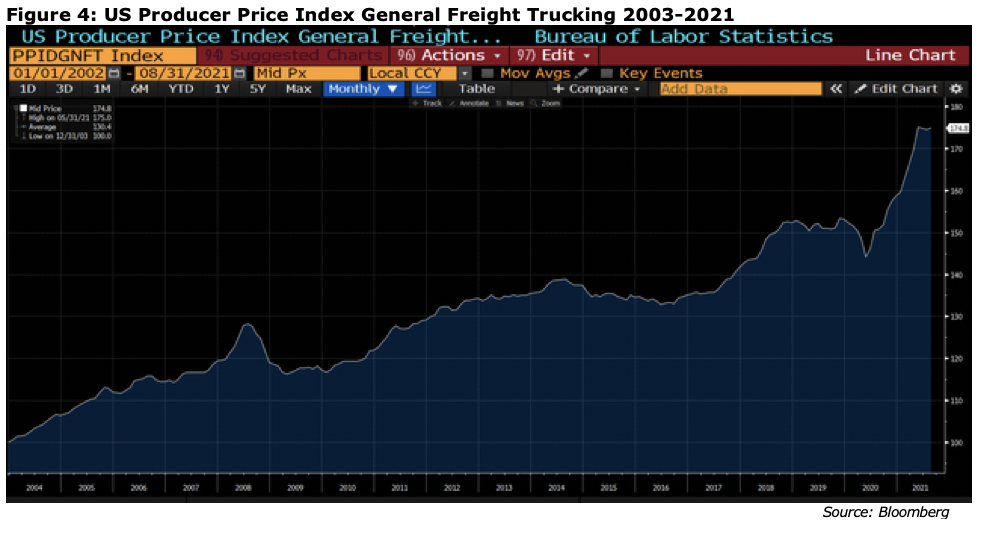 ​These companies are raising prices aggressively in the face of rising costs. GT raised prices for their tires 5% in December and then 8% in April, June and September. Graphic Packaging (), , is also raising prices for linerboard (used in milk cartons etc.) to offset their increased costs. It's hard to think of two more basic goods used by more people than tires and milk cartons. Price increases for food and energy are likely to stay so. PCE (Personal Consumption Expenditure is a main tool the Fed uses to measure inflation. The price increases these industrial executives discussed, however, indicate the PCE is unlikely to come down anytime soon. 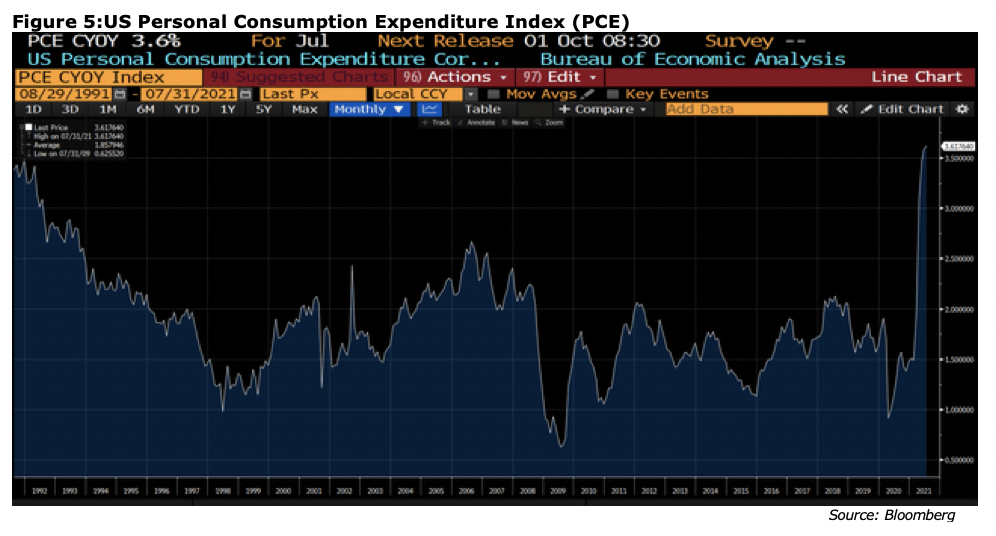