Vertical Divider
Infinix Releases Note 10 Pro
​
Infinix has been selling phones in parts of Europe and Asia since 2013, and the company has had growing success in India over the past few years. The new Infinix Note 10 Pro will have a large display with a hole-punch selfie camera, with a small bezel at the bottom. The design is reminiscent of several other budget phones we’ve seen recently, like the Nokia X10/X20 and Moto G 5G (known as the One 5G Ace in the US). 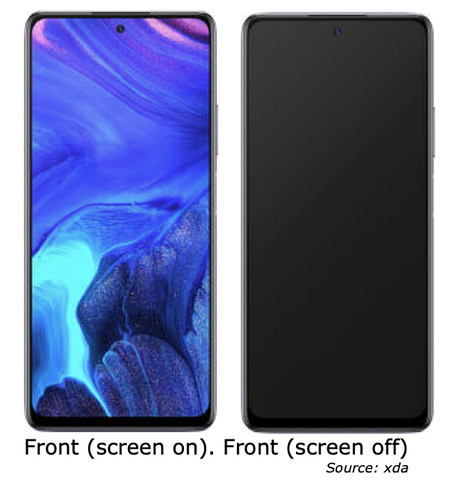 The schematic image shows off a bit more of the phone, including the large camera array (which seems to have five cameras), SIM/SD card slot, various microphones, and volume rocker. The power button is a bit larger than the volume keys, possibly meaning it could also function as a fingerprint sensor. Some other phones from the company, like the Infinix Note 7, also have side fingerprint sensors. There’s a charging port at the bottom (likely USB Type-C) and what looks like a headphone jack. 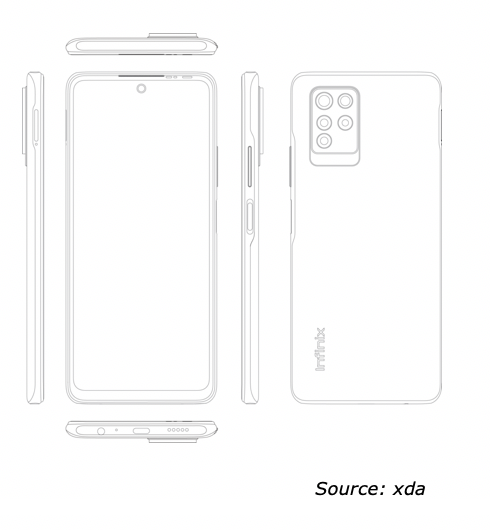 Hardware specifications have yet to be released, but other reports claim the phone will have a 6.9-inch 90Hz display, MediaTek Helio G95 chipset, 8GB RAM, and 5,000mAh battery. The main camera is expected to be 64MP, with a 16MP front-facing lens. The Infinix Note 8 had a LTPS LCD display and was sold for around $200 when it was first released (there was no Note 9).