India is doubling down on local manufacturing to help homegrown brands shine on the world stage, but their domestic smartphone manufacturers are under performing as they try to compete with the mounting Chinese challenge head-on. While the MILK (Micromax, Intex, Lava and Karbonn) brands are performing good in the feature phone space, they have been decimated in the smartphone segment by the likes of Xiaomi, Realme , Vivo, Oppo and Samsung. 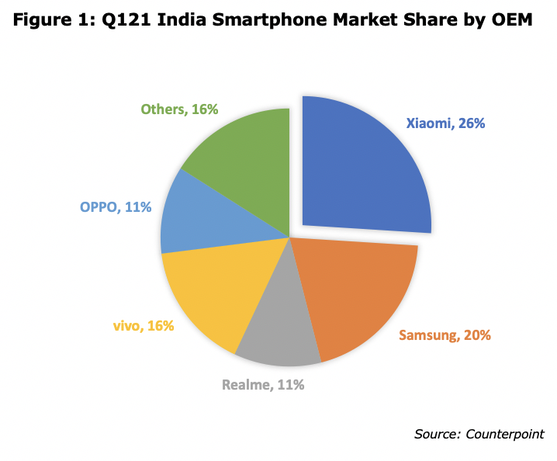 After China, India is the 2nd largest smartphone market, estimated to have 820 million users in the next two years. According to Rahul Sharma, Co-founder, Micromax, the second wave of Covid-19 had a slow-down effect on the entire economy, with the smartphone industry also witnessing an overall decrease in terms of sales. "However, the global chipset shortage continues to pose a big challenge for the entire sector, and we are actively looking at exploring alternative solutions to effectively deal with it," Sharma told IANS.

Keeping the promise of delivering devices for the, Micromax has released a couple of exciting devices in recent days including 'IN 1' that offers best-in-class technology and great features for an affordable price (Rs 10,499). "We are gearing up to launch new products into the market soon," Sharma added. Despite the Covid-related delays, by October last year, the country had cleared 16 proposals from global and domestic companies, involving an investment of Rs 11,000 crore to manufacture mobile handsets worth Rs 10.5 lakh crore over the next five years.