Vertical Divider
India Looks to Ban China’s Smartphone
July 19, 2020
​
Eugene Investment & Securities reported that a movement to ban Chinese smartphones in India has been damaging the smartphone market shares of Chinese brands in India. They claim the Indian government has been inspecting Chinese’ goods such as smartphones and assembly components, with the intent on restricting their entry into India.  In 2019, Xiaomi, Samsung, Vivo, OPPO had 29%, 20%, 16%, 11% and 11% shares of the smartphone market in India, respectively. The banning of Chinese smartphone in India, would greatly benefit Samsung, as the company’s volume dropped in 2019 after increasing from 2016-2018 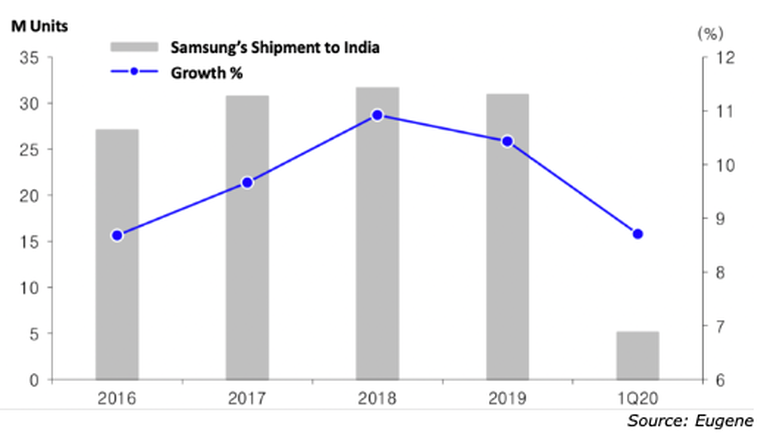 Eugene projected that Samsung’s new model Galaxy M51 with a $250 price range will be released in coming fall. The M51’s official specification has not released officially; however, it is expected to feature between 6.3- 6.5-inch OLED display with 2340 x 1080 resolution, ~393 or 409ppi, a quad main camera with 64/8/5MP, a 32MP selfie camera, a 128GB storage, 6/8GB RAM, Qualcomm Snapdragon675 and a battery rated at either 4000mAh or 7000mAh.   India’s Smartphone market surpassed featurephone market in 2019 and the Q1’20 resulted similar pattern that Smartphone share leads the market. 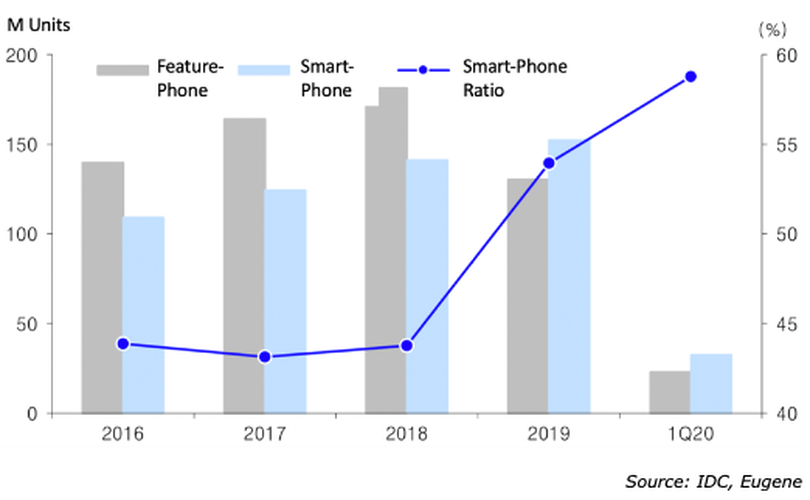