The Realme X50 Pro 5G will be India’s first commercially-released 5G smartphone. Now, there’s nothing inherently wrong with releasing a 5G phone in India. After all, it will still connect to the country’s 4G networks just fine. However, 5G smartphones are still much more expensive than 4G phones, But, Realme has already confirmed some of the specs for the X50 Pro 5G. It will have a Snapdragon 865 processor, 65W wired charging, a 90Hz display refresh rate on a Super AMOLED panel, and more. Pricing and availability, though, are still unknown.

The CEO of Realme, Madhav Sheth, the Realme X50 Pro 5G will absolutely get an Indian launch on February 24. In fact, the company is giving away invites to the launch on Twitter. The company is likely to use a marketing approach that targets high end users that want some form of future proofing. 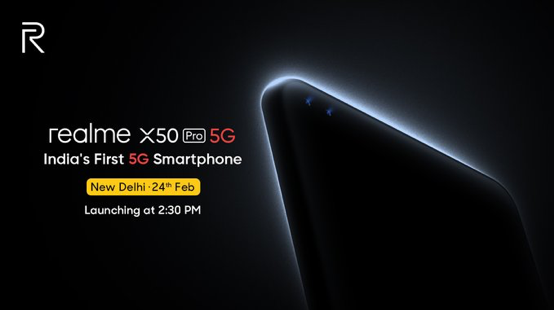