Vertical Divider
Increasing the Scope of the OLED Market

As OLED panel makers look to expend their range of applications, notebooks, tablets and monitors are an obvious target.  But they come with some challenges:
In the following figure, Omdia shows the requirements for the three applications and then tries to compare technology in a spider diagram. Except for slim and light and a narrow, Omdia finds OLED features non-competitive, except perhaps in niche applications.

However, the notebook (including the Chromebook) and tablet are changing to incorporate OLED features, including flexible displays for lower weight, foldable displays for combining uses, and perhaps even rollable display to minimize the entire form factor.  Moreover, the use of smartphone based electronics for 5G, under panel cameras, integrated touch and fingerprint security should help in both design and cost reduction when OLEDs are used.  New designs are also incorporating rigid panels with TFE to reduce the weight and keep costs down. 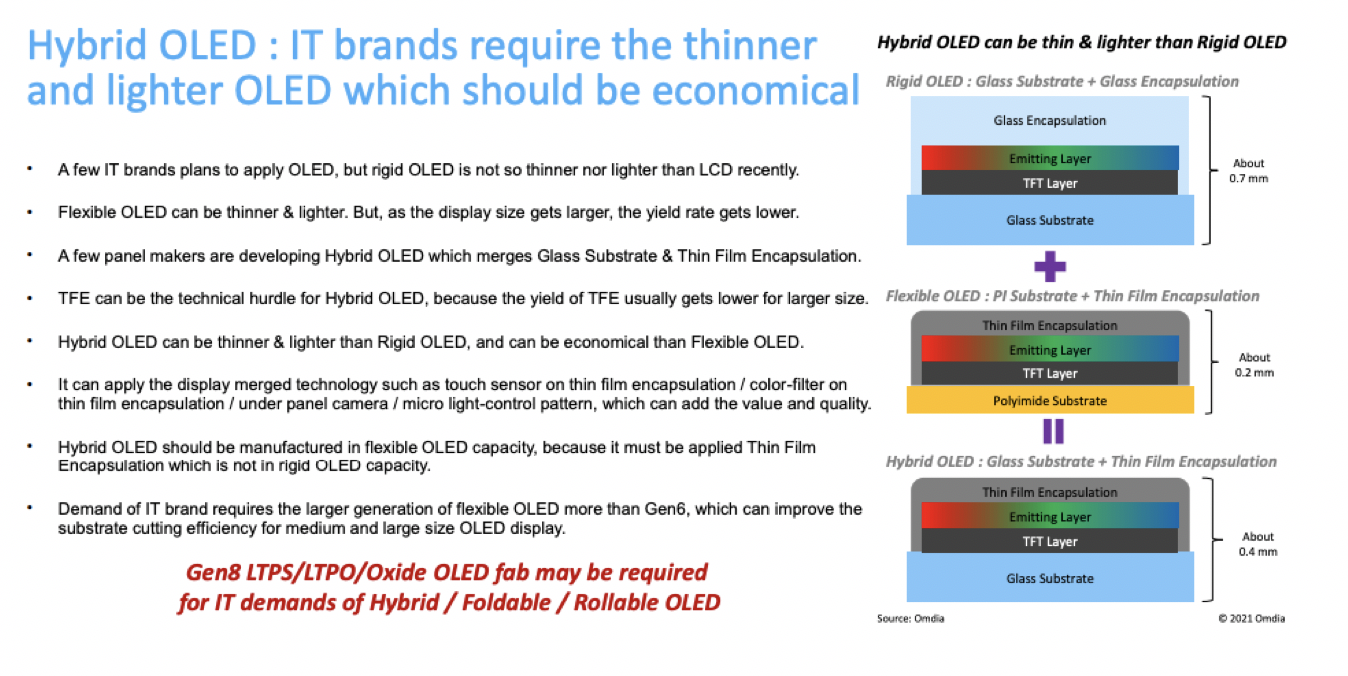 Another improvement that has been demonstrated by Kopin is the use of dual stacks, increases the number of emitting layers and contributes to a doubling or even tripling the luminance, without reducing the lifetime, a feature that is addressed at monitors. The small increase in price to account t=for the added emitter/host (less than 3%) would make OLED panels more competitive for monitors but more importantly for TVs.

Another improvement, that is likely to help with all applications is the narrowing of the spectrum, which is being spearheaded by UDC to get more luminance out of a given current. In the next article, we highlight Samsung’s efforts to ship 1m OLED notebooks in 2021. The company already ships ~1m OLED tablets. Finally. Apple plans to release both OLED iPads and MacBooks, beginning in late 2021.

Omdia forecast shipments for the three applications to reach 17m by 2025, up from 4m in 2021. But if all the improvements are implemented the volume might reach 60m by 2025. 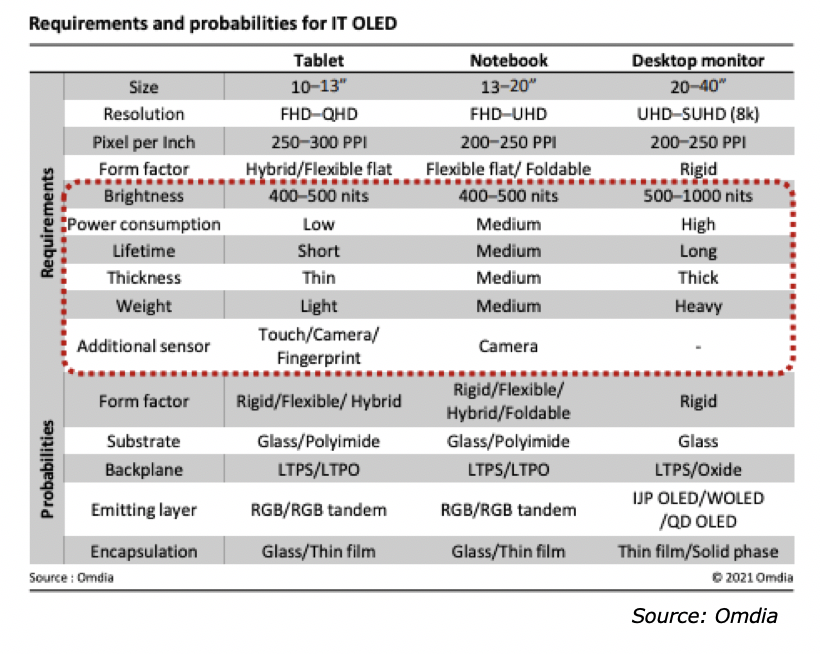