Samsung is expected to release a new foldable clamshell smartphone that boasts two screens. The so-called Fold 2 reportedly has a pair of OLED displays with a hinge in the middle allowing it to fold open 180 degrees. Samsung has already placed orders for components and is planning to build between 2,000 and 3,000 units before July, reports suggest. Samsung is preparing to test a prototype of the foldable smartphone this year according to a report in South Korean news outlet .
‘Samsung seems to be testing the waters with the dual-screen device to gather ideas about its upcoming foldable phone,‘ a source told the publication. Below is a reported leak of an actual Samsung foldable device. 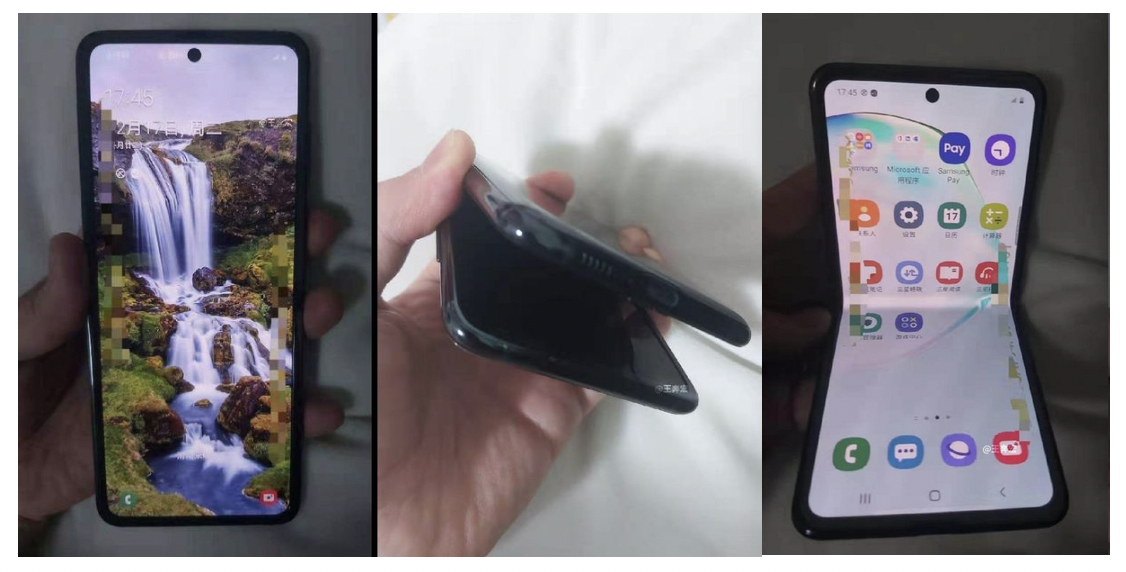 Source: 王奔宏 via Weibo
​
While, this is all speculation, Samsung’s vertical folding phone is probably still a long way off; this may just be a prototype; it may never be released. There are lots of reasons to be cautious and skeptical. It comes to us via Weibo in China for starters.

Rumors about a new format of folding phone have been circulating for some time, with suggestions that this device - possibly carrying the product code SM-F700 - will be positioned slightly lower than the existing book-style Galaxy Fold, perhaps in line with the pricing of the Samsung Galaxy S11 when it launches. Folding phones are definitely now a thing. But what's interesting is that we are still seeing manufacturers experiment with the form factor, very much like phone makers did in the 1990s and early 2000s. The display is surrounded by sizeable bezels on all sides. Unlike the Motorola Razr, there’s no notch. Instead, the phone has a hole-punch camera. According to previous reports, this display measures in at 6.7 inches and is expected to be unveiled next year at a price of $845 (~INR 60,000).