Vertical Divider
Musing on Materials
Human Hair Found to be a Natural Blue Emitter
June 07, 2020
​
Researchers from QUT have developed a way to turn human hair into blue light emitters that could be adapted into a range of uses, including wearable technology and even food packaging. 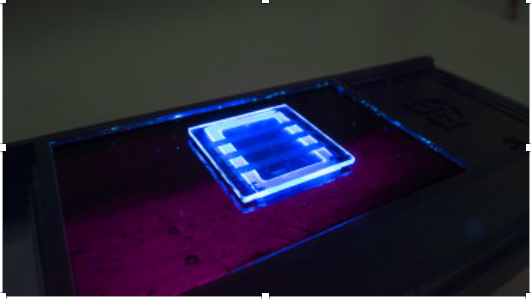 The researchers broke the hair down into microscopic dots which glow blue when a current is passed through them. The research team took hair waste from a local barber shop and processed it to create carbon nanodots - microscopic dots that can light up when an electrical current is passed through them. Research leader, Associate Professor Prashant Sonar, said they suspended the nanodots in a flexible film, creating a small glowing screen. The nanodots are literally OLEDs. The material lacks the brightness of commercial OLEDs but could have a range of other uses. 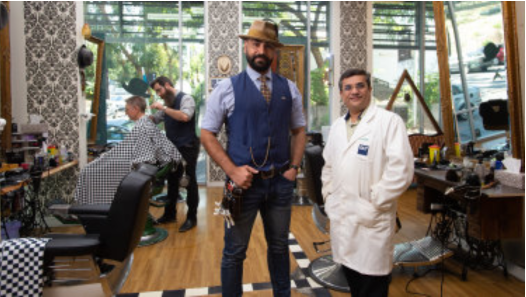 The material naturally glows blue when a current is passed through it, but the researchers are working on dyes and other techniques to get other colors, especially red and green. To get hair for the experiments, Professor Sonar simply talked to his friend Benjamin Mir, who runs the Ben Scissorhands barber shop in Kelvin Grove, who agreed to give him all the hair he could ask for. "This is a material that usually just goes in the bin, to landfill, and so if we can turn it into a useful device, I think that is good," Professor Sonar said. The research team, which included PhD student Amandeep Singh Pannu, and in collaboration with Professor Qin Li of Griffith University, also discovered that darker hair was more suitable for creating the nanodots than blonde hair. "Dark hair has a much better carbon content compared to blonde, so it was much better for our purposes," Professor Sonar said. The team is now looking at whether other types of hair, including animal hair, could be used for the process. "Our next target is to increase the performance, so to get more brightness," Professor Sonar said. "Currently using this organic material, we can generate around 20 per cent efficiency, 30 per cent maximum. Low‐cost flexible organic light‐emitting diodes (OLEDs) with nanoemitter material from waste open up new opportunities for sustainable technology. The common emitter materials generated from waste are carbon dots (CDs). However, these have poor luminescent properties.