Huawei maintained its global market share in 2020, despite US sanction by increasing its sales in China in the early days of the sanctions, but share started declining from the fourth quarter of 2020. By the end of Q1 2021, Huawei’s share had dropped to 4.6%, but its installed base share was still at 9.7% in March 2021, indicates the decline in installed base will show up later than sales drop.

​Huawei is responding to the component shortage by focusing on its high-end flagship devices. Huawei’s flagship series, the P Series and Mate Series, remained above 10 million units per quarter. Flagship sales fell to 7 million units in the first quarter of 2021, which is the first quarter in four years to show <10 million sales, since surpassing the 12-million mark in the fourth quarter of 2016. This decline in flagship sales was not reflected in the installed base data. Huawei’s flagship product installed base maintained a 36% share in March 2021, which is the same March 2020, but the signs are obvious that the base will drop. 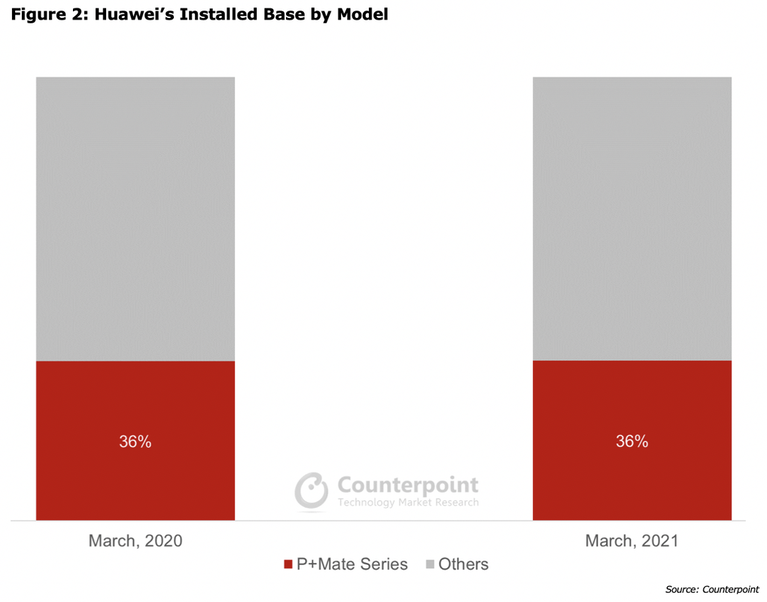 ​In March 2020, all three P30 series models, which had been in the market for about a year, entered the Top 5 list. But in March 2021, the P40 series failed to make it to the list. Instead, the P30 series grabbed the Top 3 spots, because P40 models are sanctioned from providing GMS (Google Mobile Services) support. 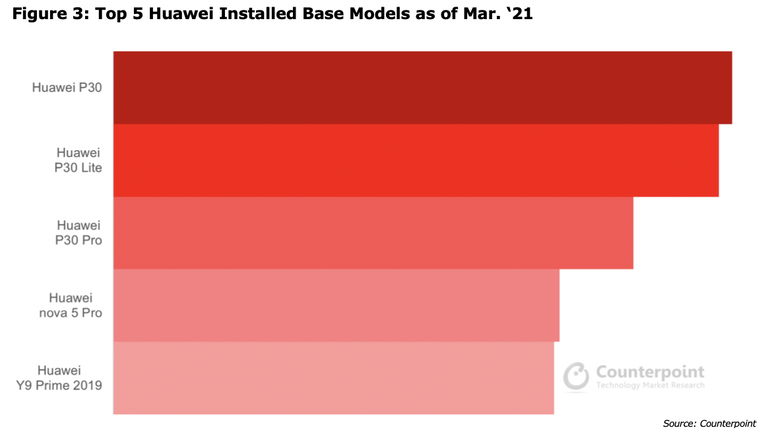