Huawei has confirmed that the Huawei P40 series will be launched on 26 March at an event in Paris.  Huawei's recent conference revealed a few new devices in the guise of an updated version of its foldable phone, the Mate Xs, a reshowing of some of its laptops, and a HomePod speaker competitor following a team-up with French speaker firm Devialet, but the news most will be excited about is the launch date of its 2020 flagship. Of course, all that is a moot point as the phone doesn't have Google apps and services on it.  Huawei’s Mate X was announced this time last year, then launched in China during November…and nowhere else, partly due to Huawei’s well-documented problems as it’s subject to a US trade ban, but also because the device just wasn’t ready – or that Huawei thought the European market wasn’t ready for it. Now, however, it has introduced the Mate Xs. It isn’t actually a lot different to the Mate X, but includes a stronger hinge mechanism and Huawei’s latest generation chipset used in the Mate 30 series from last September as well as its upcoming P40 and P40 Pro. From a design perspective:When folded, the device is 11mm thick and everything folds into that footprint. It's weighty though, clocking in around 300g. Because folding mechanism, the screen is permanently on the outside of the phone, which may cause durability issues from external factors like keys or wallets, ego the leather case. 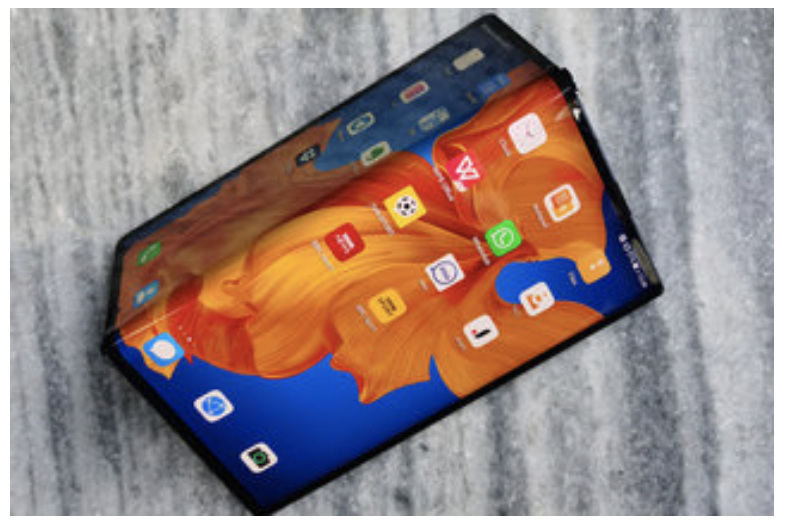 ​Source: Company
The key new design element is the 100 element hinge, which is  significantly more robust than the Mate X.  There’s a button on the back of the hinge that releases the folded display. The hinge feels solid and the ‘click’ that secures the display is reassuring. But to release the display it must be manually folded into place, which tales getting used to. 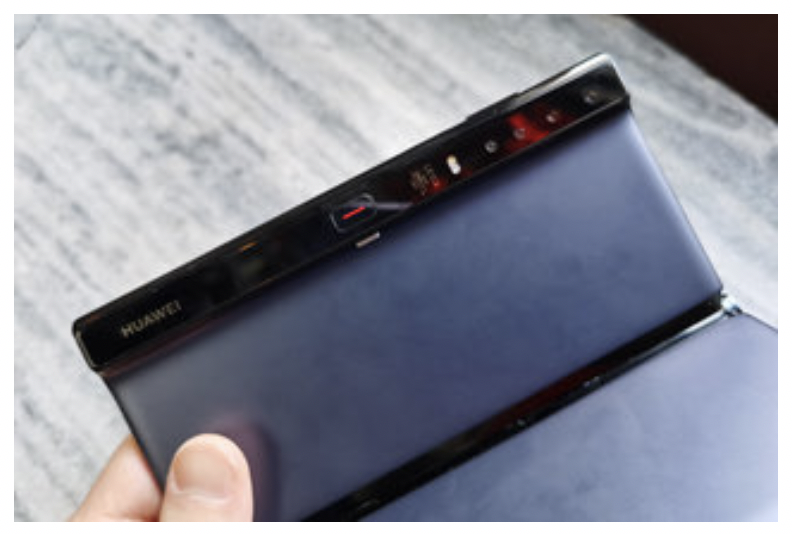 ​Source: Company
The cameras are housed in the rear of the hinge near the release button, while it also has a volume control down the spine. The USB-C port for charging is on the bottom edge of the hinge part, while the SIM card tray is at the top. The OLED display is
There’s no discernible crease in the screen when it is folded flat, although it’s not totally flat 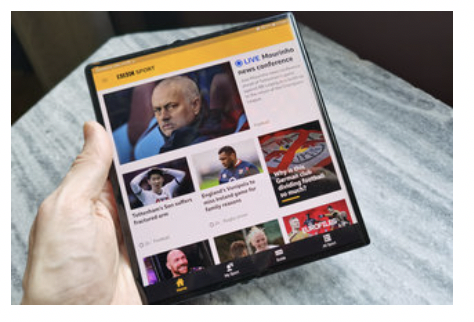 Source: Company
​
The panel uses two layers of CPI film with optically clear adhesive in between. Specs include:
Unlike some foldable devices we’ve seen – we’re looking at you Moto – the Mate Xs uses latest-generation hardware. Here it’s in the form of Huawei’s latest-generation 5G-toting Kirin 990 chipset. It supports all the top 5G standards. That’s the main change in specification from the Mate X we previously saw.

The camera hardware is Leica-approved as usual with Huawei phones and is the same as the Mate X; a 40MP wide-angle camera (27mm, f1.8), an 8MP telephoto lens with 3x optical zoom (f2.4), a 16MP ultra-wide angle lens (f2.2) and finally a 3D depth-sensing camera for bokeh photos. There’s optical image stabilization, too.
Huawei refers to the cooling hardware inside this as a ‘flying fish’ cooling system because it spreads out across both halves of the phone so needs to be flexible. 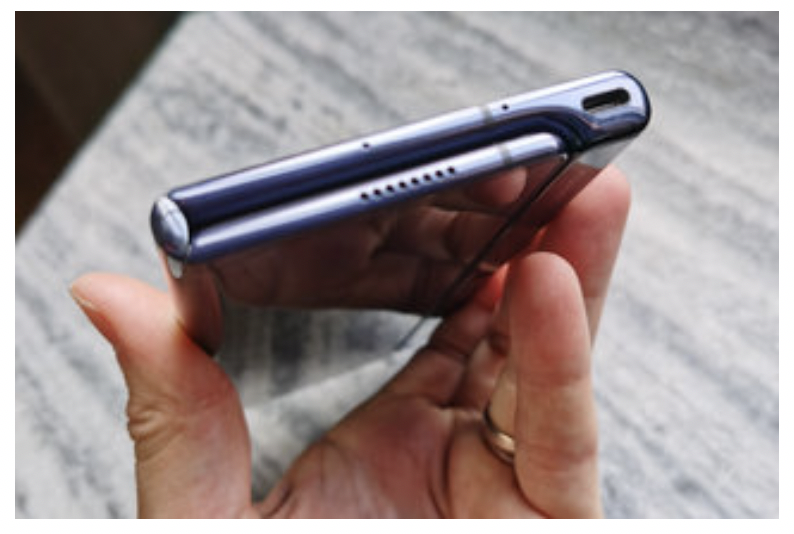 ​Source: Company
The 4500mAh battery (split between the two halves of the device) can be charged for 30mins to get it 85 percent full using the provided 55W SuperCharge plug.
Huawei doesn’t say how long the battery will last. The software is:

Similar to the Mate 30 Pro, the Mate Xs will ship with Huawei's EMUI 10 interface based on top of Android 10. But there are no Google apps like Google Maps or Gmail due to Huawei's US trade ban, though numerous other apps are available from Huawei’s App Gallery. Many native apps have obviously been optimized for this new display size.

The Mate Xs can take advantage of some EMUI enhancements such as dock, plus two side-by-side apps with a third in a floating window. Being able to use two apps side-by-side is fairly standard fare now, even on a phone, but that floating window is right out of Apple’s work on iPadOS with Slide Over. The Mate Xs is a marginal improvement on the Mate X, and a very expensive device, it’s naturally a lot chunkier than other flagship phones and isn’t that pocketable.

At a glance, it’s near impossible to tell the Mate XS apart from the Mate X, though there have been some notable design changes all in the name of making what is an inherently fragile device a little more robust. One welcome improvement is the addition of an extra polymer layer to protect that flexible plastic OLED panel. The Mate XS’s display has a two-layer PI structure on top of the display, with the film joined by a transparent adhesive. There’s also a screen protector on top, which Huawei advises against removing. Huawei says the extra PI layer further protects the screen. There’s also still a visible crease down the middle when in tablet mode, though it’s barely noticeable when the phone is locked at a flat 180-degree angle.

Much like Huawei’s MatePad Pro 5G tablet, the Mate XS supports multitasking for up to three apps with two either side of the screen when in tablet mode and a third in a floating window. Using multi-window apps is as easy as dragging and dropping them from a customizable side menu that peeks out with a swipe from the side of the display. The foldable’s UX also benefits from a new feature called App Multiplier, which effectively runs portrait apps in a landscape view by splitting an app in half. Huawei has over 1,000 apps that support App Multiplier and is working with developers to increase that number. The Huawei Mate XS is priced at a whopping ~$2,704 putting it well above the Galaxy Fold’s price, let alone the recent Galaxy Z Flip or the Motorola Razr. Huawei has yet to reveal a release date for the Mate XS at time of writing.