Huawei’s Mate X has had limited distribution, but the initial reports say the folding OLED display looks amazing. The way the screen bends back around on itself, without any kind of distortion to the images, is remarkable and the interface -- no matter what you're looking at -- instantly resizes into the correct aspect ratio. 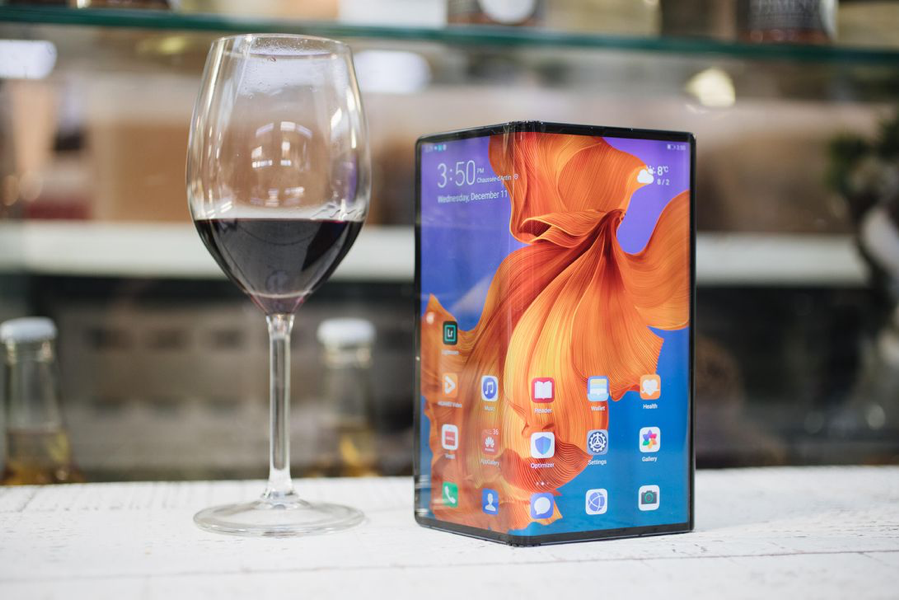 Source: Andrew Hoyle/CNET
By folding backwards, the screen is split in half, with a 6.6-inch display in its regular, "closed" phone format, outsizing all but the biggest phablets. The screen is only useable when unfolded. Videos and photos look great, particularly because there's no notch interrupting the view.

Source: Andrew Hoyle/CNET
​
The big outer screen in "phone mode" makes it much more usable than the closed Galaxy Fold’s 4.6-inch outer screen, which is so narrow that typing is extremely difficult. The Mate X's design is comfortable to use and while it's wider than the Fold, it's much thinner in its closed form, so it sits in a pocket more easily and doesn’t feel awkward when walking about.  However, the rear screen is permanently exposed to the world, or to potentially damaging keys and coins in a pocket, although Kolon’s CPI protective film seems  tough  The OLED display is bright, vibrant, pin-sharp and even under bright lights and outdoors is readable. . Watching videos in the full 8 inch mode produces an immersive experience.

Similar to the Galaxy Fold, there are some noticeable ripples on the screen's surface when it lays flat. But they're best described as "ripples" rather than the more pronounced "crease" on the Fold, since the Mate X screen doesn't bend at such a sharp angle, thereby causing less of a crease in the display material.  The folding hinge is a bit stiff. Bending it backwards from its tablet mode feels like it must be forced more than it really wants, which takes getting used to.  It has a physical clasp to secure in phone form and there's an easy-to-reach button to release it and fold back out. The Fold and Razr use magnets to remain shut.

The cameras are housed in a vertical side-bar, when unfolded in tablet mode (when closed, the phone folds back, sitting flush against this sidebar, so the cameras don't interrupt the display with notches, not even for selfies.  The camera lineup is similar to Huawei's P30 Pro: a standard lens, a zoom lens that offers 3x and 5x zoom, a super wide-angle lens and a fourth "time of flight" sensor for depth processing. Other specs are pretty much in line with what you'd expect from any top-end smartphone. It runs Huawei's latest Kirin 980 octacore processor, has a 4,500-mAh battery with all-day battery life, 512GB of internal storage and 8GB of RAM.