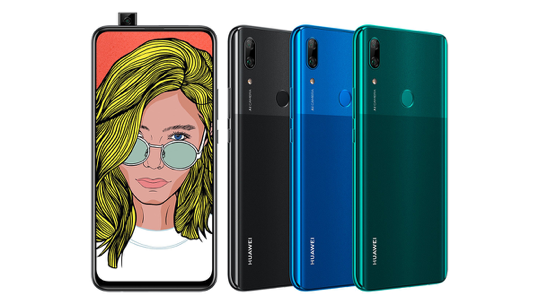 Image courtesy of Twitter/ Evan Blass
​
​This oddly-named Huawei smartphone is expected to come with a HiSilicon Kirin 710 chipset along with 4GB of RAM. It could feature 64GB of inbuilt storage, expandable to up to 512MB using a microSD card. Additionally, there’s a 4,000mAh battery without any mention of fast charging. For photography, Huawei is using a 16MP+2MP dual camera setup on the back, which suggests that the smartphone will be placed as a mid-range device. These cameras will have aperture values of f/1.8 and f/2.4, respectively. The Huawei P Smart Z has been tipped to be priced around 210 euros (~$235) and is likely to be available in three colors – Midnight Black, Emerald Green, and Sapphire Blue.