Huawei is gearing up for its next flagship smartphone series, dubbed as P50. Ahead of the launch, unofficial renders of the P50 Pro have appeared online.
Posted by reliable leakster Onleaks, Huawei P50 Pro is said to come with a 6.6-inch OLED display that “that fits in a chassis that is approximately 159mm high and 73mm wide.” 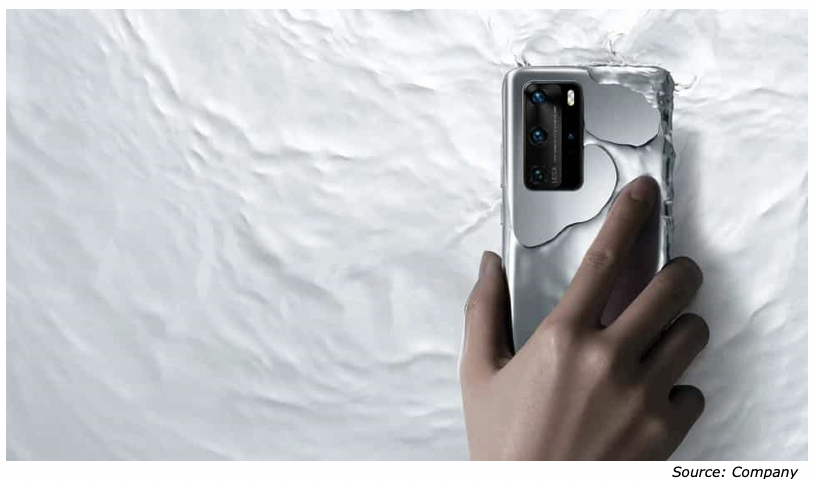 ​The smartphone will reportedly be identical to the previous generations. The render shows the phone with side curves and thinner bezels. Unlike the predecessor, the upcoming phone has a punch-hole cutout to offer a single camera. The previous generation had a dual-front camera setup.
Another important change that is coming on the Huawei P50 Pro is the standard earpiece, which has seemingly replaced the magnetic earpiece speaker system on the P40 smartphone series. Huawei P50 Pro will use displays from Samsung and runs on the in-house Kirin 9000 processor.
As of now, other details of the phone are not out yet. There is no word on the official launch date as well.

Separately, Huawei is reportedly working on a 3nm chip, dubbed as Kirin 9010. The current Kirin 9000 is based on 5nm process. Huawei’s chip competes with Samsung’s Exynos 1080 and Qualcomm’s Snapdragon 888 5nm chipsets. Apple is also working on 3nm processors that will be built by TSMC; however, these are not coming till 2022. Huawei will likely be the first in the world to offer 3nm mobile chip.