The new Huawei P40 Pro has a 6.58-inch OLED display, 8GB of RAM, a super-speedy Kirin 990 chip, 5G and Wi-Fi 6, plus four cameras on the back: a 50 megapixel Ultra Vision, a 40 megapixel ultra-wide lens, a 12 megapixels telephoto lens and a 3D depth of field camera. That means great photography and 4K video even in really rubbish lighting conditions. The 32MP front-facing camera is great too.
Huawei is renowned for its camera tech and the cameras in the P40 Pro are incredible. 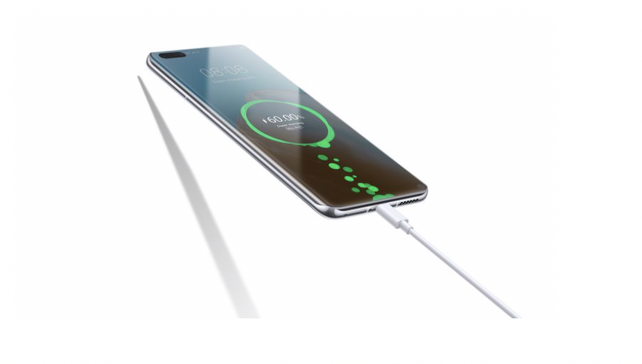 Source: Huawei
Huawei uses the very latest AOSP (Android Open Source Project) with its own EMUI interface on top, and its neural processing hardware enables it to bring artificial intelligence algorithms to key apps such as the camera app. But it isn’t allowed to use Google Play Services because Google Play Services includes Google’s notification system and its key apps: Maps, Gmail, Chrome and so on. Those apps will still work in the phone’s browser – which of course is what Google’s various apps were designed to do in the first place – and be saved as bookmarks, but they won’t be available as stand-alone apps.

Huawei is countering this limitation with an App Store of its own, the Huawei AppGallery that provides a link to the developer’s website to download it from there. Take Google Maps, for example: alternatives in the gallery include Waze, TomTom, Sygic and HERE WeGo; there’s no Google Docs but there’s the full suite of Microsoft Office apps. The AppGallery also includes lots of big-name apps from other household names: TikTok, WhatsApp, Facebook, Snapchat, Deezer, Amazon, Telegram, Zoom and more, and it’s growing dramatically with new apps being added daily.  Huawei also has its own alternatives to key Google products including Huawei Music, and Huawei Video. There’s even an alternative to Google Assistant called Celia, which can control the device, report news and weather and identify the things the phone is pointed at. It counts the calories in a meal. Huawei has just announced a brand new search tool for Huawei Mobile Services users: Petal Search – Find Apps. Petal is a safe and secure way to find any app you’re looking for, not just from the Huawei AppGallery but from other trusted third party app stores and from app publishers’ websites, too. It will find everything needed from a single search, and it’s right there on the home screen.

Huawei has PhoneClone, which will copy apps and data from an existing device to another Huawei one. Android Central found it worked with 111 out of 123 apps they tested, with the exceptions largely being banking and finance apps that won’t allow transfers for security reasons. As with Google’s online apps, normal online banking can be executed in the browser.

Nonetheless an Android phone without Google’s apps and services is a different kind of Android phone, and if being familiar with Google’s apps and the integration between them then Huawei’s AppGallery and own apps may not be acceptable. But considering the range of apps available plus Google apps in the browser and the incredible specifications of phones such as the Huawei P40 Pro, Huawei has some of the most advanced and desirable phones in the market today.

Nonetheless, Huawei is reportedly worried that its HiSilicon unit may not be able to supply it with mobile SoCs as well as AI and communication chips. HiSilicon is a Huawei-owned firm that essentially develops smartphone SoCs for the company and is finding it difficult to complete orders due to US trade restrictions, forcing Huawei to reassess its inventory and approach alternate suppliers. According to the Nikkei Asian Review, Huawei has asked suppliers to halt the production of key components required for the upcoming Mate flagship. “We now see the postponement of the mass production of Mate series will be for at least one to two months,” a source told Nikkei. Another Huawei supplier told the publication that the Chinese brand is reviewing HiSilicon’s inventory and also checking the viability of using chips from MediaTek and Qualcomm. “But verifying other mobile platforms could lead to redesigns of the mechanical parts of the smartphones, which will take time,” the source added. The delay in the production of the new Mate series doesn’t necessarily mean that its launch will also get postponed. Huawei could easily announce the Mate 40 in September/October and start selling it when they have enough stock ready.
​
Meanwhile, Huawei is also reportedly cutting down its overall orders for smartphone components by up to 20%, because the company is expecting a fall in demand, but Huawei hasn’t said anything officially. The company has also cut down on orders for new parts for the next few quarters in a bid to assess the full impact of the US restrictions.