HiSilicon will only be able to procure these semiconductors from TSMC and other foundries through 14 September, the deadline set in the 15 May sanctions announcement. Previously, the company had planned to switch to third-party procurement for application processors (APs) and other components from Mediatek and other sources, but following the announcement on 17 August, procurement was shut down unless a license is obtained from the US Department of Commerce. The restrictions include memory chips, CMOS sensors, and logic chips from other Taiwanese IC design companies. Shipments of semiconductors for Huawei that are designed and manufactured using software (design tools) and production equipment from the US will not be possible without a shipment license from 15 September. Huawei’s apparent only option is to procure large volumes of chips by 14 September, and has requested suppliers to apply for shipment licenses that extend beyond 15 September.  Huawei 180m units shipment for 2020 looks possible but the  company has sufficient supply to produce only 30m–50m units in 2021, without relief from the 15 September deadline.  Semiconductor suppliers have to assume no shipments from 15 September.  Beneficiaries of Huawei’s shortfall in 2021 will be Apple and Samsung in high-end models, and Samsung, OPPO, vivo, and Xiaomi in mid-range and low-end phones. If each company tried to gain market share simultaneously, demand for components and materials could temporarily increase. Given Huawei's design and development capabilities and cost performance standards, it could take time to plug the gap outside China.  From: Mizuho Securities Co., Ltd. 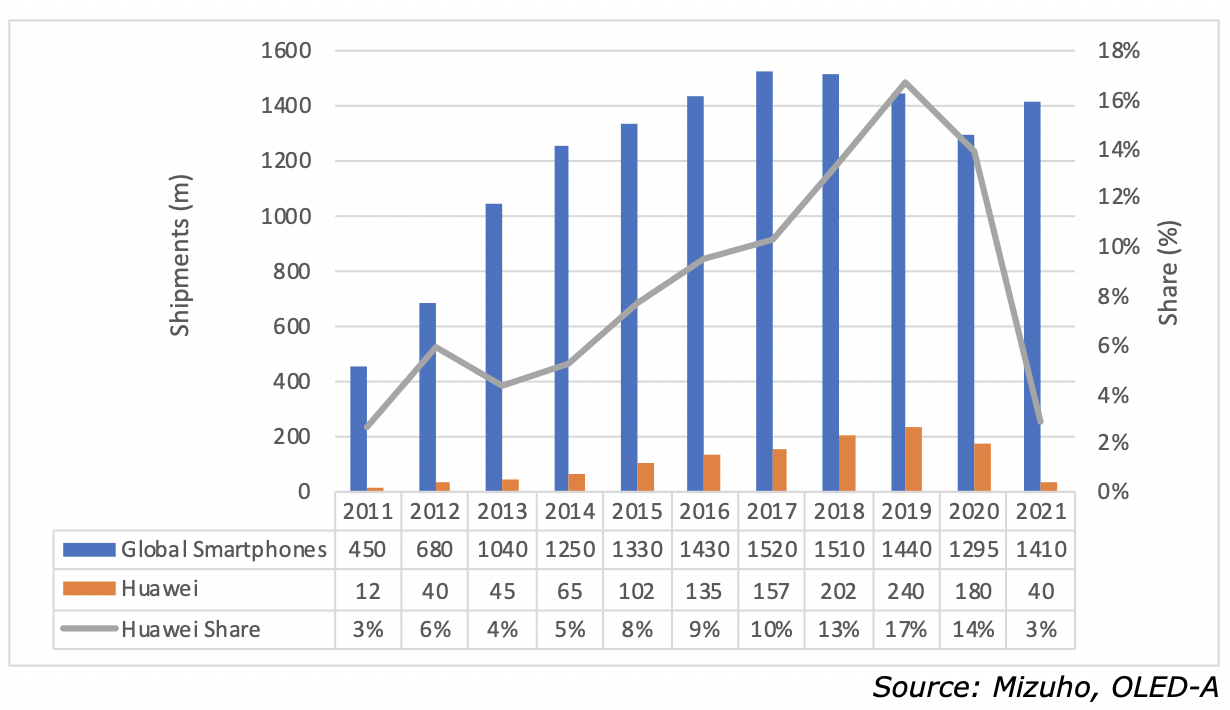