​Holographic (often interchangeable with light field) capture and display has piqued the imagination for uses in military mapping, information storage, the medical community, entertainment, fraud and security, art and A/R. Allied Market Research projects the value of the entire display market will reach over $206 billion by 2025, quite a feat when the flat panel industry is now only $110b.  “There are a lot of R&D type projects across a lot of different industry verticals,” explains Greenlight Insights founder/chief executive Clifton Dawson. “Industries that currently rely on visualizing 3D assets as part of the critical workflow have been relatively quick to investigate this technology and invest time and resources into it.” Last year saw the debut of the IDEA (Immersive Digital Experiences Alliance) Group, whose mandate is to develop “a family of royalty-free technical specifications that define interoperable interfaces and exchange formats to support the end-to-end conveyance of immersive volumetric and/or light field media.” “With IDEA Group, some of the biggest players are working together,” says Greenlight Insights research manager Alexis Macklin. “It’s an important step to develop infrastructure and agree on terms.” Macklin notes that developers like Light Field Lab “is really an important part of how this field progresses” as well as other IDEA Group members including OTOY, Looking Glass, Visby, Gridraster, Pluto, Charter, Cox and CableLabs. HoloWire talked to experts in the field to get their take on the potential impact of holography on these industry segments.


Retail/fashion: According to a 2019 report from ZenithOptimedia, the retail market will be valued at $27 trillion a year by the end of 2020, with $600+ billion in advertising to influence purchases. Bove’s company specializes in visualization solutions for luxury fashion points to the impact holograms will have on the retail industry as well. “In an effort to jumpstart brick-and-mortar stores, retail is experimenting with things that can happen in store that can’t on your iPad,” he says. “There’s definitely a market for 3D virtual fashion models.” The Modern Mirror, he adds is working on another compelling retail idea: that “through body imaging, you could create a very high-quality 3D model of the individual consumer and see him/her in the virtual clothing.” Because fashion is digitally designed using CAD models, with sub-millimeter accuracy, Bove notes that designers will be able to “just drop in the model and the result really enhances the user experience.” Dawson adds that digital signage and retail are prime environments to take advantage of light field displays. “To be able to contextualize information graphically is something that retailers and cities are interested in investing in also,” he says. COVID-19 has put live runway shows under scrutiny as big events that might not be able to be staged. Light field display, notes Bove, would allow designers to “stage the event in 20 places around the world.” “It’s like being at a [real-life] fashion runway event, with the same models, the same garments,” he says. Lelyveld adds that remote custom fitting of garments is another potential retail use for light field technology … “especially in pandemic times and the need for social distancing.”

Energy/Medical/Science: According to Reports and Data, the Visualization and 3D Rendering Software market is expected to grow to $3.7 billion by 2026. These industries need to visualize large amounts of data. Data visualization has relied on a range of visual elements including charts, graphs and maps to create a more accessible way to comprehend patterns, trends and other information. Bove points out that there’s currently “an explosion of high-quality 3D data.” “The content far exceeds our capacity to visualize it. This is going to be a real driver for light field displays. In the early days, molecular modeling, geo-spatial exploration and modeling, cartography couldn’t be seen properly in 2D. Being able to display in 3D is very attractive, and everything that was made better by stereoscopic 3D is made way, way better by light field display.” Dawson highlights that industries that “currently rely on visualizing 3D assets as part of the critical workflow have been relatively quick to investigate [light field] technology and invest time and resources into it, including high-end medical imaging, which are developing ecosystems” says Lelyveld. He said holograms are ideal for team collaboration. “It’s a better technology for delivering visuals for individual and group viewing,” he says. “And holographic displays would be a fundamental improvement over current technologies, extending into remote manipulation for such use cases as micro-surgery or robots in space. “Industrial, medical and military applications need high quality visualization of remote images, and those tend to require high comfort and high accuracy,” he says. “Light field displays are very, very good for that.”

Figure 2: Hologram of the Brain 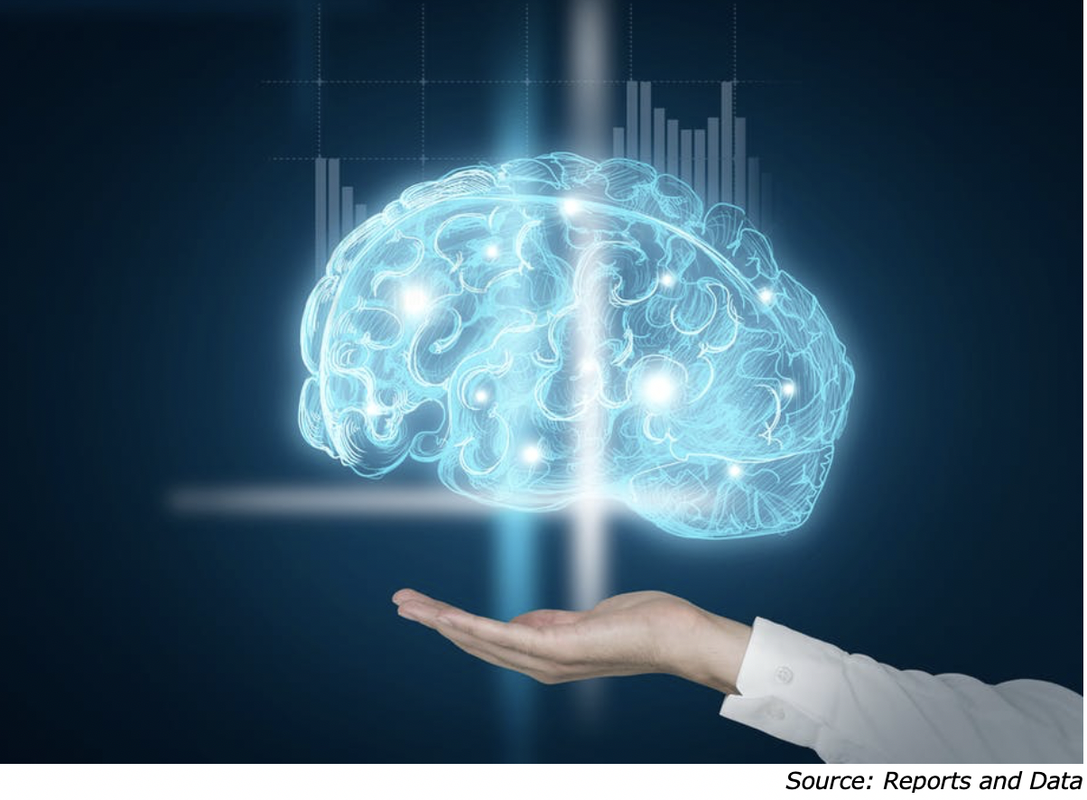 Military:  For its 2020 budget, Pentagon deputy defense secretary David Norquist reported almost $104 billion for its research, development, test and evaluation (RDT&E) fund, Among their research projects are those focused on light field capture and display. “The Department of Defense has the requirements and the budgets for projects such as 3D modeling of ballistics and landscapes and ordinances,”. “They’re also doing a lot of work on holographic displays for the U.S. Navy on aircraft carriers,” said Lude. In National Defense magazine, Frost & Sullivan vice president of aerospace, defense and security, analyzed the latest in AR and VR headsets for military training and simulation – and imagines a future in which users might not have to rely on any goggles or headsets. “A lot of these things … show a 3D representation of something,” he says. “What if that’s just generated by some sort of video that makes a three-dimensional fixture in front of you that you don’t need glasses for? That’s the interesting thing about the augmented reality is some of those applications, you may not even need glasses for it.” Bove points to the Air Force Research Lab and the Pentagon funding work in light field displays: “With typical 3D stereoscopic displays, there’s the problem of vergence accommodation conflict (VAC) , caused by the conflicting depth cues and resulting in discomfort and fatigue,” he explains. “Light field displays don’t have that problem.”  Light field capture opens the door to a new kind of storytelling, adding more options to creative expression. “It will become an artistic judgment, where the appropriate content migrates to the appropriate display platform,” Ludé says. “We’ll end up with new experiences that we can’t predict now and find out which experiences turn out to be valuable.”

Futurotec Solutions LLP based out of Ahmedabad, India brings a breakthrough innovation in AR segment with introduction of 3D Hologram Table which displays Interactive 360 degree Holograms of objects with multi-user support. The objects can be displayed up to 70 cm. in height and 1 meter in depth.

Google has an effort in holographic technology that lets the viewer change their perspective and even look around objects in frame using 46 spare cameras to sync together using “light field technology”. The new technique, due to be presented at SIGGRAPH, uses footage from dozens of cameras shooting simultaneously, forming a sort of giant compound eye. These many perspectives are merged into a single one in which the viewer can move their viewpoint and the scene will react correspondingly in real time.

Figure 3: Image Showing How The Cameras Capture And Segment The View

​Existing VR-enhanced video generally uses fairly ordinary stereoscopic 3D, which doesn’t allow for a change in viewpoint. Facebook’s method of understanding depth in photos and adding perspective is far more limited, creating only a small shift in perspective. In Google’s videos, a movement of the by a foot to the side to peek around a corner or see the other side of a given object results in photorealistic and full motion but in fact rendered in 3D, so even slight changes to the viewpoint are accurately reflected.

Since the rig is wide, parts of the scene that are hidden from one perspective are visible from others. Swing from the far right side to the far left and zoom in, can show entirely new features — eerily reminiscent of the infamous “enhance” scene from “Blade Runner. ”The experiment is a close cousin to the LED egg used for volumetric capture of human motion demonstrated late last year. Google’s AI division is interested in enriching media, though how they’ll do it in a Pixel smartphone rather than a car-sized camera array is anyone’s guess. Examples of the videos may be viewed at: https://augmentedperception.github.io/deepviewvideo/