UBI released their OLED Display Semi-Annual Report stating that OLED H120, shipments and revenue were 231 million units flat Y/Y and $13.2b down 4.3% Y/Y. OLED watch panels were 22 million units in 1H19, but 1H20 increased significantly to 33.5 million units, helping to increase OLED shipments. However, the OLED market for smartphones decreased by 5.3%. Foldable OLED panels were up significantly with the Galaxy Z Flip, which Samsung Electronics released in the first half of this year. TV shipments were down slightly.  Revenue in H120 $13.2b down 4% Y/Y.  H219 revenue was $21.2b, indicating that the 2nd half of 2020 could push full year revenue over $35b as early Q320 reports are strong, especially with LGD expecting to ship 2m OLED TV panels.

Samsung Display is converting the LTPS TFT line of the A3 plant to the LTPO TFT line, and since it has been converted so that Y-OCTA can be manufactured at all plants, the mass production capacity is expected to decrease gradually, reaching 9 million square meters in 2021. 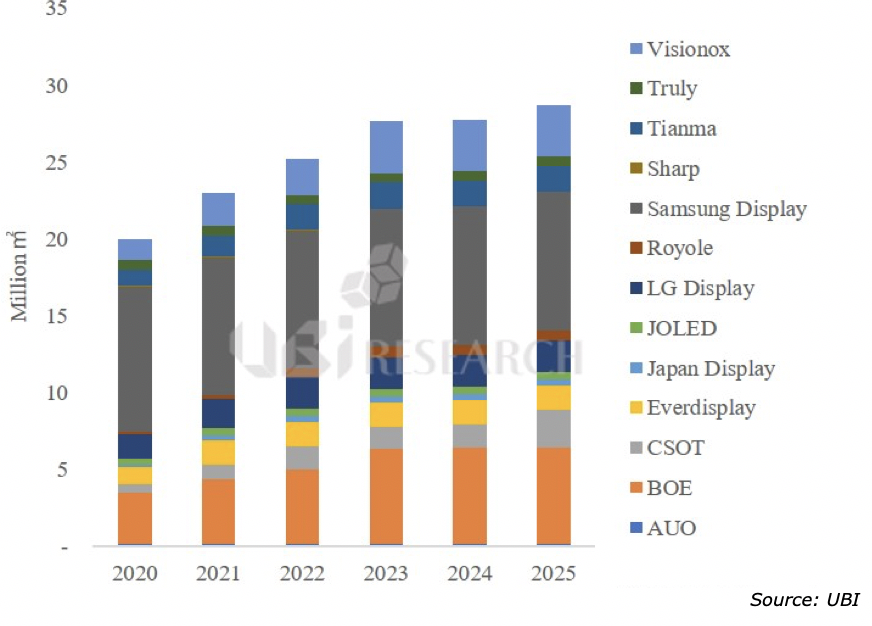