Google management expressed disappointment regarding the design of the Pixel 4 and Pixel 4 XL before the devices even launched, and the line’s poor sales are proving their gut feelings correct causing two of the most important people on the Pixel team to leave. Marc Levoy was the computational photography expert who is a huge reason why Google Pixel cameras are so highly regarded and the camera performance was never an area of criticism, so it’s hard to say what Google phones will even be like without Levoy around overseeing the team. 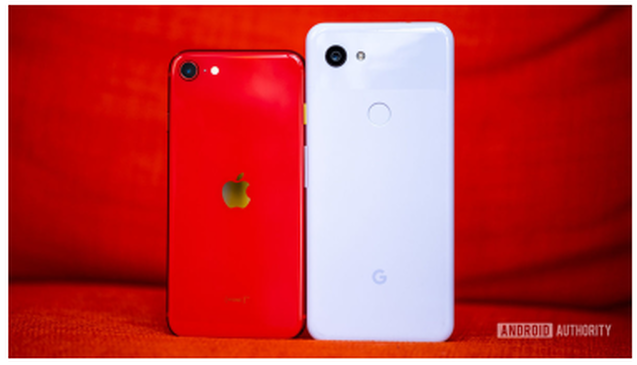 Source: android authority
Google with control over Android is attempting to make a smartphone for everyone, not specific niche consumers, such as:

Google has left its buyers craving

Google does get a lot right --the speed, consistency, and longevity of software updates are done really well, as is the general design aesthetic of Pixels. The way Pixel phones work with other Google products is also done really well, with seamless compatibility with things like smart speakers, Chromebooks, Pixel Buds, etc. Even the pricing of Google Pixel phones is pretty good. Google does alot right but somehow is blind to a bunch of really obvious problems. Google has everything it needs to make the Pixel line the most popular and best phone in the Android ecosystem. It has the money, the resources, the talent, and a direct line to every Android user. From: Android Authority.

In an interview with the Verge, Google CEO Sundar Pichai said, “The last couple of years have been a major integration phase for us because we’ve combined our Google hardware efforts with Nest. We absorbed the mobile division of HTC. So, it’s been a lot of stitching together. And we have a wide product portfolio, too. So, it’s definitely been a building phase. We’re super committed to it for the long run. Hardware is hard. And it definitely has components, which take real time to get it right, thinking about underlying silicon or display or camera or any of those tacks. I think we’ve made a lot of progress.”  While Pichai saying that there have been difficulties in integrating Google-branded hardware efforts with the Nest team is both true and valid, it doesn’t really paint a rosy picture of Google. Google is one of the richest, most successful companies of all time, with huge power over both the tech industry and how we live. To think that a company of that magnitude can’t quickly and seamlessly blend two of its divisions is kind of strange.

In other words, these are the three things Pichai thinks are integral when it comes to Google Pixel hardware:

Pichai admits that Google hasn’t been doing such a good job in the smartwatch space. That’s hardly news to anyone even passively following the wearable industry, but it’s interesting to hear from the company CEO.  He responded to the news of turmoil inside the Google Pixel hardware team by providing a clearer idea of how the company approaches hardware as a whole and that could help explain why Pixel phones look and function the ways in which they do. The next big piece of Google hardware is the upcoming Google Pixel 4a, which is expected at the end of June. The phone (expected to cost just $349) is expected to be a world beater, especially in comparison to the much more expensive Google Pixel 4 line or the recently released iPhone SE at $399.