Google reportedly shipped ~7m Pixel phones in 2020, so whatever they do, it won’t affect the balance of power in the smartphone industry.  But software support for foldables is critical to all of the major Android OEMs that have or will have foldable smartphones. 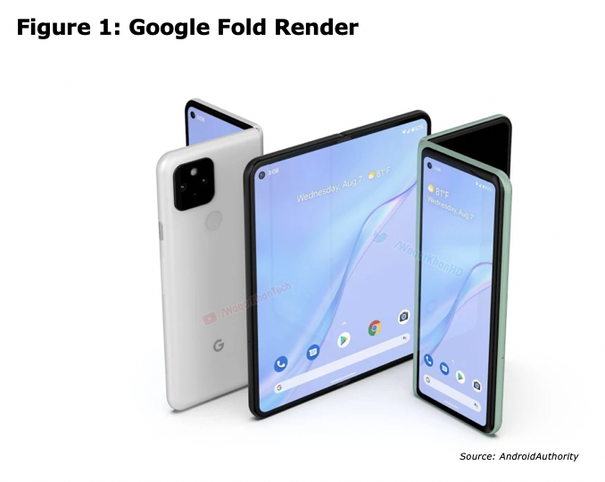 ​The device will feature Samsung's OLED displays that use UTG cover lens, although it was unreported whether it will come from Corning or Schott. A device codenamed "Passport" has also been spotted in the Android 12 code. The codename, along with the model numbers, were discovered while digging the Android 12 beta code. Moreover, the model numbers mentioned below are for the Japanese models of the Pixel 6, Pixel 6 Pro and more:


Passport with model number GPQ72 is believed to be the Pixel Fold. Google has filed multiple design patents for a foldable device and a fresh patent discovered by Patently Apple, reveals a tablet-like foldable design that can be stretched a little further when open. This is a brand new design that could make the Pixel Fold stand out from the crowd. However, it's unlikely that the brand will go with an unestablished design for its first foldable smartphone. 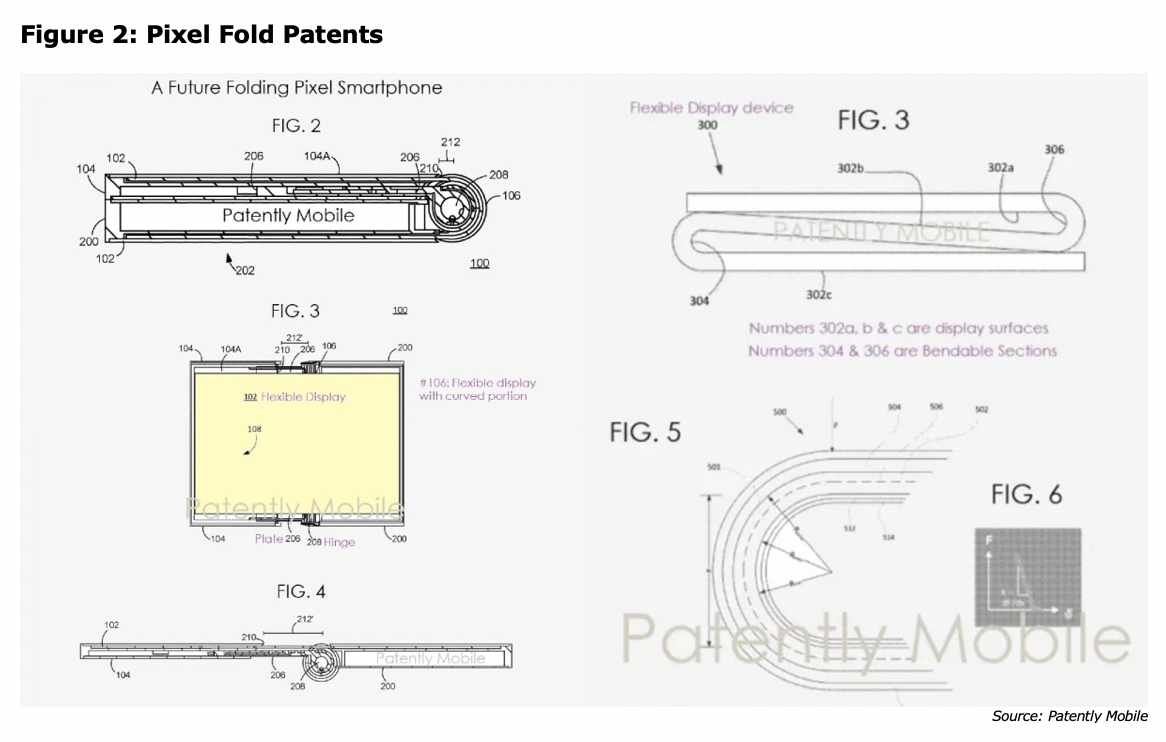 ​The Pixel Fold is expected to be a 7.6-inch panel similar the Galaxy Z Fold 3's internal display. In addition to that, the Pixel Fold is tipped to feature Samsung's ultra-thin glass (UTG) display. Waqar Khan has also shared renders of the Google Pixel Fold. Priced at $1,999, it's likely that Google will use high-end hardware on its foldable smartphone rather than their historic use of mid-range components. The Google Fold is expected to be powered by Qualcomm's flagship Snapdragon 888 SoC, an octa-core chipset based on a 5nm manufacturing process and coupled with Adreno 660 GPU. The chipset could be coupled with up to 12GB of RAM and 512GB of onboard storage.

Unlike the launch timeline, there's hardly any leak that talks about the pricing of the Google Pixel Fold. Also, there's no price history, as this is going to be the first Foldable device from the brand.