HMD Global was the world’s eighth largest smartphone manufacturer in mid-2018, but ever since the Home of Nokia has struggled to compete and last quarter Counterpoint Research has revealed that HMD Global shipped 2.77 million Nokia-branded smartphones in Q420, leading to a market share of 0.7%. This level of performance in the crowded smartphone market would not be worth mentioning except that Nokia was a side story in the Game Stop phenomena, because the smart money had a big short position. So, despite the poor fundamentals the short sellers were rocked by a big jump in the price in Wednesday (1/27) 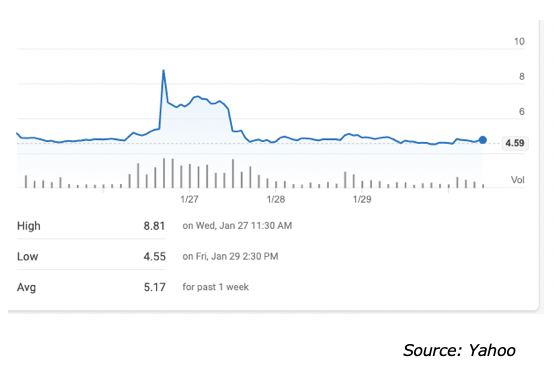 Counterpoint attributed HMD Global’s weak performance in comparison to other brands to its outdated smartphone designs. This was especially noticeable in India, where it faced tough competition from Xiaomi and others. Whether the Finnish brand can ever return to the top 10 and significantly increase its smartphone shipments is unlikely, but the company is betting on the upcoming Nokia 6.4 and Nokia 7.4, in addition to the budget Nokia 1.4. 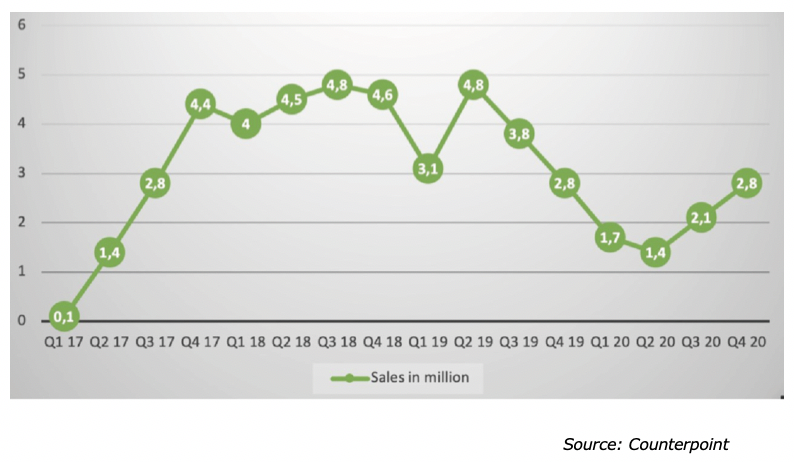