Leaked images per Ice, suggest Galaxy Z Fold 3's under-display camera is not concealed perfectly and that's not the case with the Mi Mix 4. He claims that the camera area will not be visible and accompanying renders show a device with a seamless display. Xiaomi first demoed the tech back in 2019 and in August of last year it announced that mass production of smartphones with third generation under-display cameras would begin in 2021. Xiaomi also said that the tech would offer the same performance as conventional front cameras and sensors will be perfectly disguised, through a pixel arrangement that allows light to pass through the gap between sub-pixels, and camera algorithm optimizations. 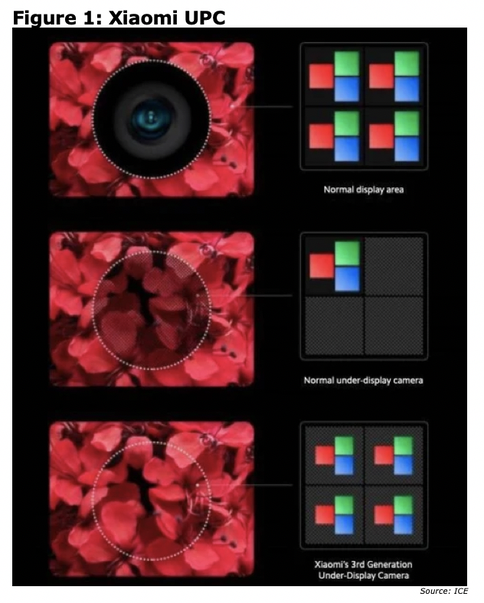 ​This method will also enable a uniform pixel density, allowing the camera area to have the same pixel density, brightness and color gamut as the rest of the display. Reports indicate that the Mi Mix 4 will have top-notch specs: the Qualcomm Snapdragon 888+ chip, a 4,500mAh battery with 120W wired and 80W wireless charging, and an FHD+ AMOLED screen with a high refresh rate. It sure looks like a strong contender for the best Chinese Android phone of the year. Rumors indicate the Mi Mix 4 will be more expensive than the €1,199 (~$1,414) Mi 11 Ultra.