Samsung has a redesigned hinge mechanism which tucks the display in further than before to protect it from dust and other particles. The mechanism does seems to offer a bit more resistance, improving the overall feeling of snapping the phone shut solid. The cover display is 6.23 inches diagonally and has been pushed all the way to the corners, with a resolution of 2260 x 816. Its 25:9 aspect ratio makes it suitable for scrolling one-handed, but it’s unfamiliar because of the length. The main
7.6-inch foldable AMOLED display has a resolution of 1768 x 2208 and refresh rate of 120Hz. The crease remains in the middle of the folding screen at certain angles, and there is also some color shifting that detracts a little from a great display. Samsung reduced the number of cameras, which eliminated inside notch. The inner and external 10-megapixel selfie cameras are now in cutouts, which is definitely an elegant solution. At the back, are three 12MP sensors with wide, telephoto, and ultra-wide lenses. 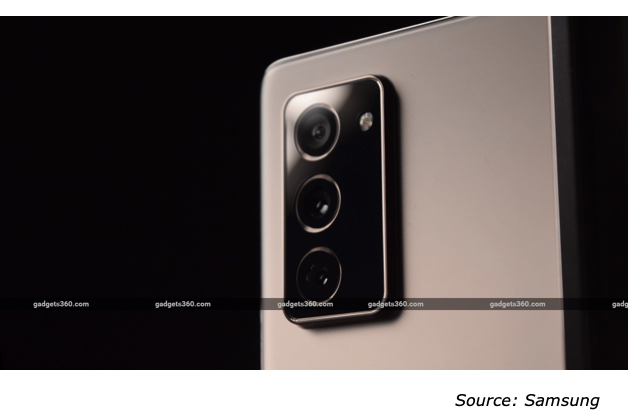 ​The SOC is a Qualcomm Snapdragon 865+ processor, 256GB of storage and 12GB of RAM and the memory is configurable at purchase. Multitasking from one screen to the other takes some time to get used to. An app will seamlessly transition from the cover display to the main display when the phone is opened but when the phone is snap closed, it shuts down the app, require it to be re-opened if required.