Max Weinbach tweeted that the Samsung Galaxy Watch 4 will include a bioelectrical impedance analysis (BIA) sensor, a feature commonly found on smart scales.
BIA measure the composition — or the percentage of fat to muscle and other tissue — of the human body. The sensor reads the impedance, or disruption, of a low voltage current sent through the body. BIA uses this data to estimate whether a wearer is too lean or obese as bone, muscle, fat, and other tissue have different electrical resistance qualities. Per Doylestown Health, current BIA sensors usually employ two electrodes positioned on a patient’s opposite hand and foot. Samsung may get around this by asking the wearer to touch a part of the watch with their other hand, completing the circuit. A patent filed in 2019 (h/t Patently Apple) suggests that Samsung will likely employ this solution. BIA readings is used by wearers to build muscle, monitor their general health, or burn fat. It would also sync effectively with other performance metrics, like VO2 Max. While the Galaxy Watch 3 wasn’t the most effective fitness tracking wearable, it seems that Samsung intends to improve this facet of its wearables. 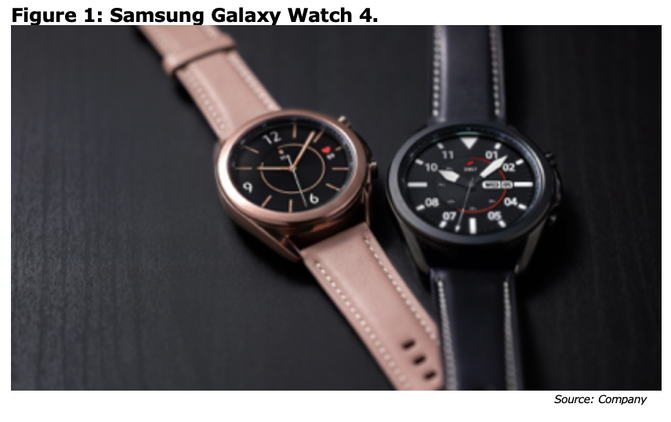 ​Samsung has scheduled an event related to wearables for June 28, 2021. At this event, expect the company to talk about the software that could launch on the new Galaxy Watch 4 series. As far as sizing goes, a leak of that information suggests two sizes: 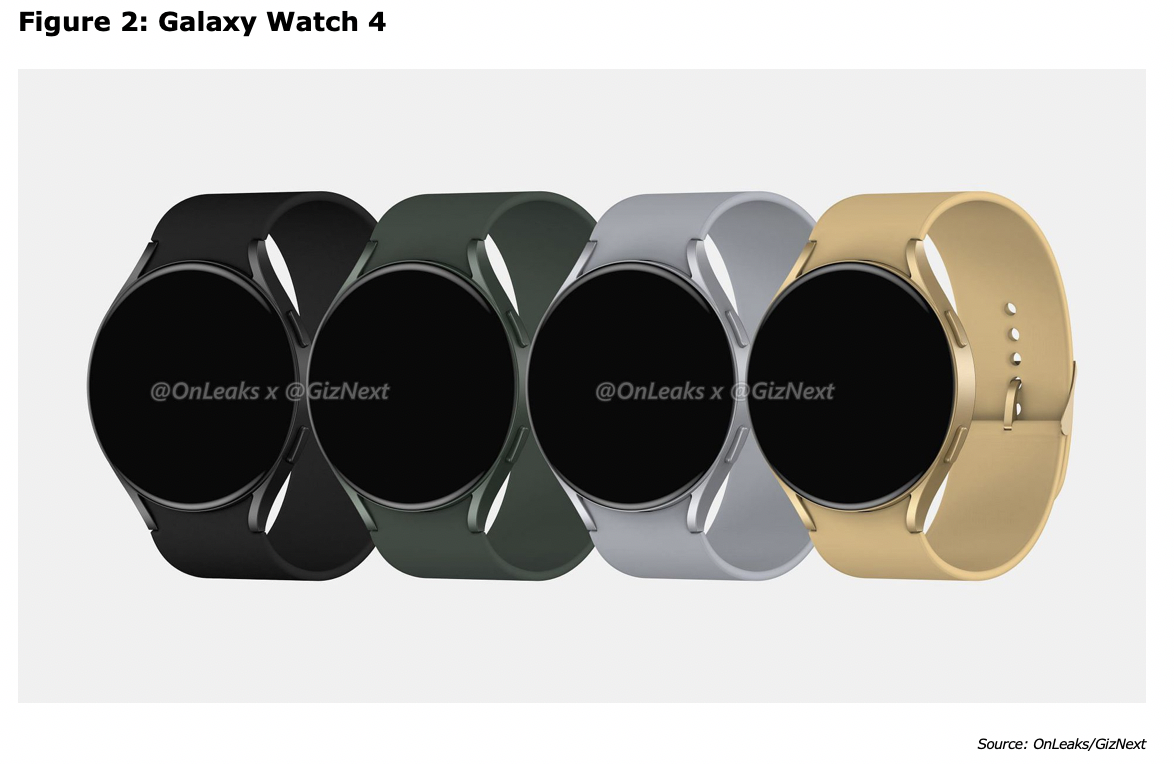 ​A listing by Finnish certification site SGS Fimko (via 91Mobiles) suggests the smaller Galaxy Watch 4’s battery could remain at 247mAh. It will also seemingly support 5W charging. The 46mm Galaxy Watch 4 may gain a 350mAh cell — 10mAh larger than its predecessor. We doubt these minute changes will result in major real-world results. As for health tracking improvements, Samsung was tipped in January to add blood glucose monitoring to a future smartwatch. The company developed a system last year that uses lasers to detect the chemical composition of the blood, valuable for diabetics. Unfortunately, a more recent report suggests Samsung may have abandoned this idea. It’s safe to expect the pulse oximeter, heart rate sensor, blood pressure monitoring, and ECG to make a return, though.

Samsung and Google have teamed up to deliver a new version of Google’s Wear OS platform, so it’s possible Samsung could announce which of its upcoming watches will see the new Wear OS.A leak suggests the Watch 4 could drape a One UI layer on top of Wear OS. Samsung’s Galaxy Watch 3 pricing started at $399, but the wearable offered numerous improvements over its predecessor. It’s unlikely that the company would sell the new watch for anything less, especially if it implements additional health-monitoring tech. Expect the Galaxy Watch 4 to be available to preorder on announcement day, with general sales commencing a few days later.

Several months ago the Wristcam Apple Watch camera accessory band was released. Yesterday, a significant update was released that adds live video messaging support so you can communicate with family and friends right from your watch. The Wristcam band accessory is available in the two Apple Watch sizes for $299. It has an 8MP outward-facing camera and a 2MP self-facing camera with support for 1080 HD video and high-resolution photos. There is 8GB of internal storage so it can hold up to 2000 photos or an hour of video before you need to download it to your iPhone. The new update today brings a second app, Live Messenger, to your iPhone that works in conjunction with the Wristcam app and the Wristcam watch band to communicate with your family and friends. Capabilities of the Live Messenger app include:

Samsung is the #3 supplier of smart watches trailing Apple and Huawei as shown in the next table.  The new release, plus the troubles within Huawei, could push Samsung to move up a slot, but it trails Apple by a wide margin with little hope of ever catching the leader.