Whereas, the Galaxy Watch on the right (model number SM-R850) has a smooth bezel. Both variants, however, don’t feature any markings on the bezels. The other design elements, including the buttons, minute markings, and metal body, remain the same. The listing also reveals that the two Galaxy Watch 3 variants have different SAR values, with the SM-R850 certified with a SAR value 0.365 W/kg higher than the SM-R840 model. Samsung is expected to officially unveil the new Galaxy Watch 3 during a “virtual” Samsung Unpacked event  in August. 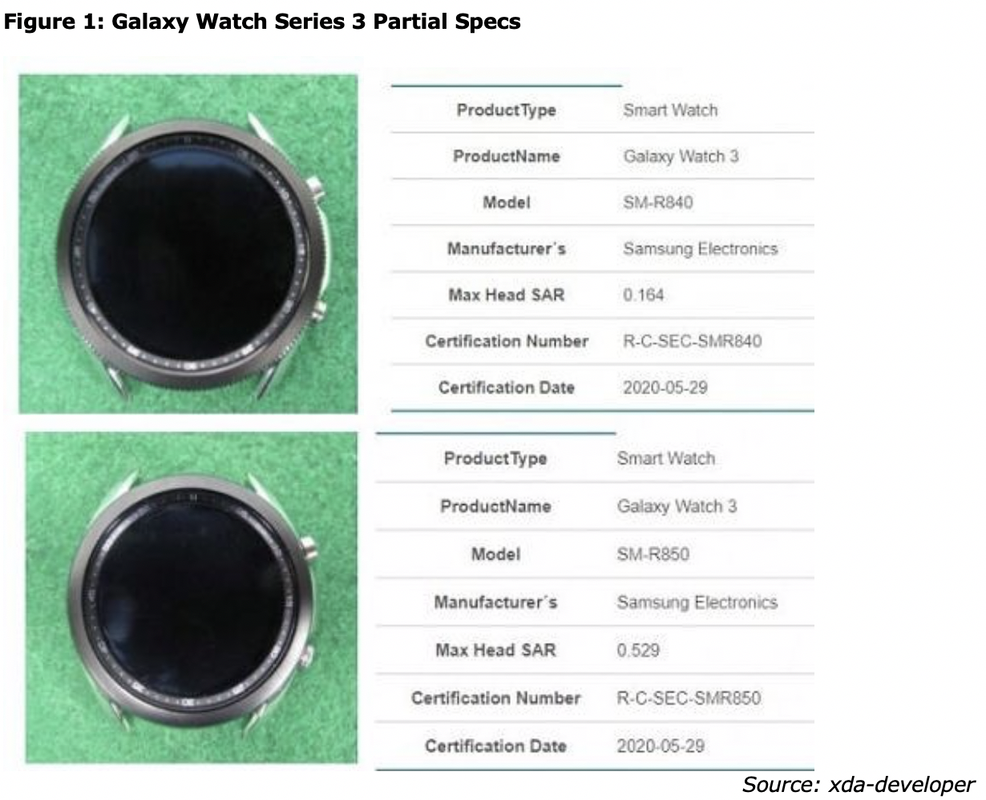