Vertical Divider
Galaxy 22 Leaks – An Evolution of the S21

The latest report on the Galaxy S22 series comes from Samsung leakster Ice Universe and details the key hardware specs of the three S22 models. The overall design is an evolution of the current Galaxy S21 look. 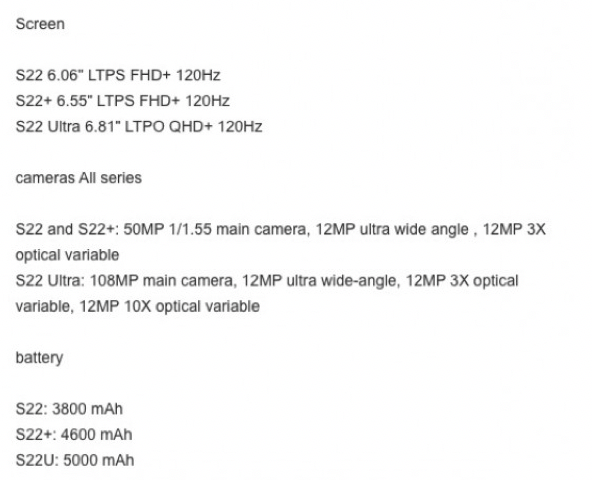 ​Samsung is expected to bring a 6.01-inch Galaxy S22 alongside a 6.55-inch Galaxy S22+ and a 6.81-inch Galaxy S22 Ultra model. For reference the Galaxy S21 comes with a 6.2-inch panel, the S21+ boasts a 6.7-inch diagonal while the S21 Ultra’s screen size stands at 6.8-inches. All Galaxy S22 series phones will have 120Hz refresh rates though the Ultra model will be the only one with QHD+ resolution and an LTPO allowing for dynamic refresh rate alteration and improved battery life. 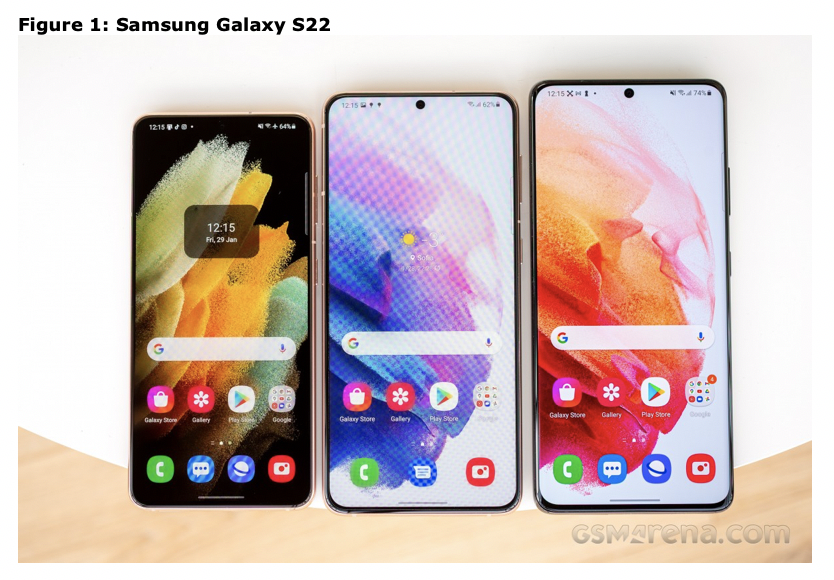 ​The Galaxy S22 would be the smallest Galaxy S device since 2019’s Galaxy S10e and a true compact flagship Samsung phone to rival the poor selling iPhone 12 mini.
The Galaxy S22 and S22+ are expected to share an all-new 50MP 1/1.55-inch main sensors alongside a 12MP telephoto lens with 3x optical zoom and 12MP ultrawide cam. The S22 Ultra will a pack a 108MP main cam alongside three 12MP auxiliary sensors – a short telephoto with 3x optical zoom, a periscope with 10x optical zoom and an ultrawide snapper. Battery capacities on the S22 and S22+ will be smaller compared to their predecessors at 3,800 mAh and 4,000 mAh while the S22 Ultra will retain a 5,000 mAh cell. Samsung is stick to the Snapdragon 898 chipsets for most of its Galaxy S22 devices due to production issues and low yields of its in-house Exynos 2200 SoC.