Vertical Divider
The Galaxy Fold is a $1,980 example of a new form factor that might get people to care about new phones again... eventually. Samsung has a history of driving the smartphone market forward with new form factors. People once gawked at the Galaxy Note for having a 5.3-inch screen, which seemed gigantic at the time. But it ushered in a new era of large phones that have been adopted by every phone maker on the planet. Now, Samsung’s foldable displays are likely to be used in millions of devices in the coming years. Early reports indicate: 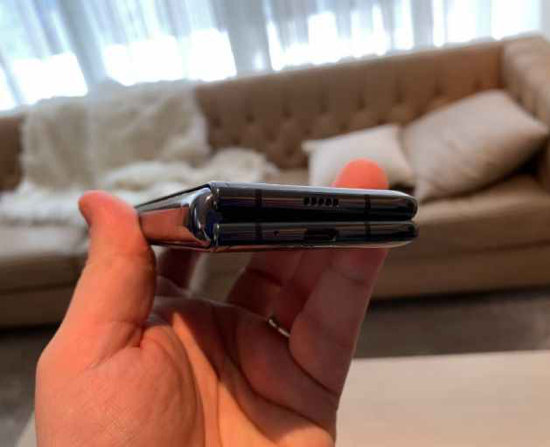 Source: Todd Haselton with CNBC
When closed, it looks like two phones stacked on top of one another. It has a 4.7-inch display on the front that can be used with one hand. When opened, it reveals a 7.3-inch screen that requires two hands. The outside screen is used as a normal phone, but it’s cramped, and not very comfortable compared to the current genre of phones with larger displays.

As a result, the Fold feels more like a tablet with a smaller optional screen, and not really a full modern phone that doubles as a tablet.

The out folded screen is impressive when Google Maps, a browser and a music player all run side-by-side at the same time.

An app can be opened on the outside screen and can be used on the larger screen inside, which is my position with Google Maps in New York City, although it’s difficult to use when walking. Reading and watching movies are a prime benefit. 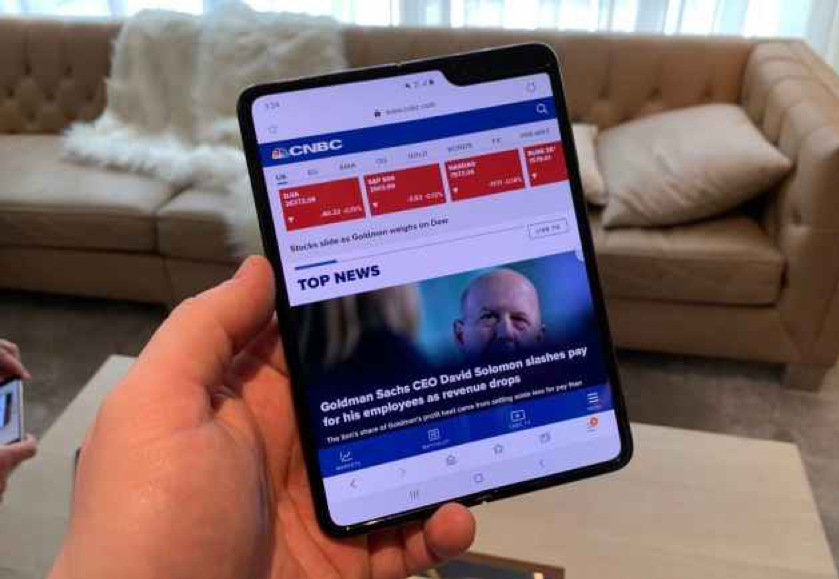 Source: Todd Haselton with CNBC
Unfortunately, many experiences a visible crease down the middle although it is not noticeable when looking right at the phone but is visible from the side or when the screen isn’t bright. It didn’t affect reading or watching movies but is visible when panning around a page. The fold is spec’d to withstand hundreds of thousands of opens and closes, or about 100 opens and closes per day for 5 years, but heavy users generally on average about 150 times a day cutting the lifetime to ~3 years.

Samsung said not to remove the thin protective layer that sits on top of the screen and a number of reviewers removed this layer, eventually causing the screen to flicker and turn off and on at a rapid pace, became completely unusable and at times wouldn’t turn on at all. Some reported similar experiences without removing the protective layer. 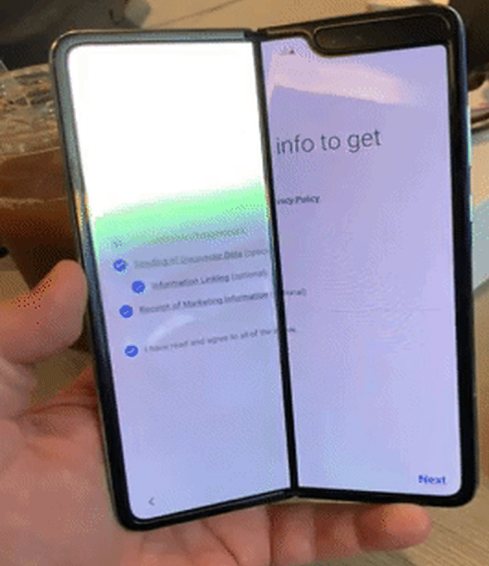 Source: Todd Haselton with CNBC
The Galaxy Fold is a taste of the future. Future improvements will hopefully include a pancake-thin device with an outside display that’s akin today’s iPhones and Galaxy S phones and of course a longer no-crease life.  New form factors should be tried, i.e. the new Motorola Razr, which will target a smaller form factor and Huawei has already teased a foldable under $1,000. But none of these innovations will change the fact that the smartphone market is already saturated and new high-end innovations have only limited impact on volume, while the rest of the market responds to proven technology at a lower cost as practiced by the Chinese.

Samsung cancelled the US and the Shanghai events to launch the Samsung Galaxy Fold on April 24.Initial findings into the causes pointed to impact on exposed areas of the screen’s hinges. “We plan to announce the [upcoming] release date in the coming weeks,” Samsung said. Despite reports of a delay in the June release of the Mate X, Huawei said it would be sticking with its current schedule. From: CNBC

Source: USPTO
Samsung filed a patent for the Type S back in November 2018, ​but Bell didn’t say when the Type G and S will be released.