Global shipments of foldable handsets are  from 5m to about 11m units, according to Sigmaintell Consulting, a Beijing-based market research firm.

About 9 units will come from Samsung Electronics and around 2 million will come mainly from Chinese manufacturers, said Chen Jun, vice-president and chief analyst of Sigmaintell. The research firm also said shipments of 5G-enabled smartphones in China are expected to rise 70 percent to 260 million units this year, with a penetration rate of 74 percent. "The worldwide foldable smartphone shipments are set to witness rapid growth in the next few years, and the figure will reach 74 million units in 2025 from nearly 4 million in 2020," Chen said. Foldable phone prices will likely drop to less than 10,000 yuan ($1,546) each this year, as Chinese OEM’s OPPO, vivo and Xiaomi and  possibly Google launch a foldable phone this year.

Sigmaintell forecasts global shipments of 5G smartphones to surge to 550 million units this year from 230 million units in 2020.
According to the China Academy of Information and Communications Technology, 163 million 5G phones were shipped in China last year, and 218 new 5G models were rolled out.

OLED, panels used in smartphones reached 83 million units in the Chinese market last year, Chen said. He predicted shipments will reach 100 million units in 2021, with flexible OLED panels accounting for 70 percent of all types of OLED panels. "Chinese players led by Huawei, Oppo, Vivo and Xiaomi have now adopted OLED panels in their mid-tier portfolios ($300-$500) to differentiate their products. This is one of the key reasons for the growth of AMOLED smartphones," wrote Jene Park, a senior research analyst at Counterpoint Research, in a research note.

Sigmaintell says, "The penetration rate of OLED panels in smartphones will rise to 40 percent this year." BOE Technology Group Co Ltd, Visionox Technology Inc and China Star Optoelectronics Technology Co Ltd are banking on the flexible screens mainly used in smartphones. Li Yaqin, president of Sigmaintell, said the overall revenue of the global panel industry surpassed $114 billion last year, up 13 percent on a yearly basis, and the panel shipments also increased by 5 percent Y/Y. Li expects the  panel price to be relatively stable in the first half of this year on the back of supply-demand balance. 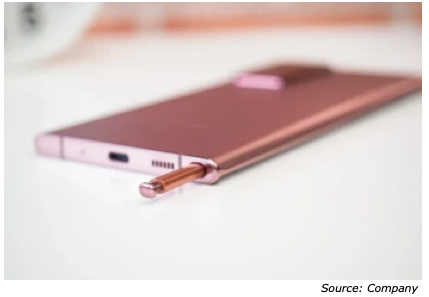