Royole has launched the FlexPai 2 with the Snapdragon 865 chipset, and Android 10. Similar to the first FlexPai it adds Royole’s third-generation Cicada Wing display. The new flexible display can withstand more than 1.8 million bends. It also promises improvements in brightness, contrast, and response time compared to the second-gen Cicada Wing display featured on the OG FlexPai. The FlexPai 2’s display measures 7.8-inches and folded, the main screen measures 5.5-inches. The other side of the display in the folded state is referred to as the secondary display, and it measures 5.4-inches. When in tablet mode, the FlexPai 2’s display has a 1,920 x 1,440 resolution. Folded it in half, the primary screen has a 1,440 x 900 resolution, whereas the secondary screen has a 1,440 x 810 resolution. The phone folds outwards, unlike the Samsung Galaxy Z Fold 2. 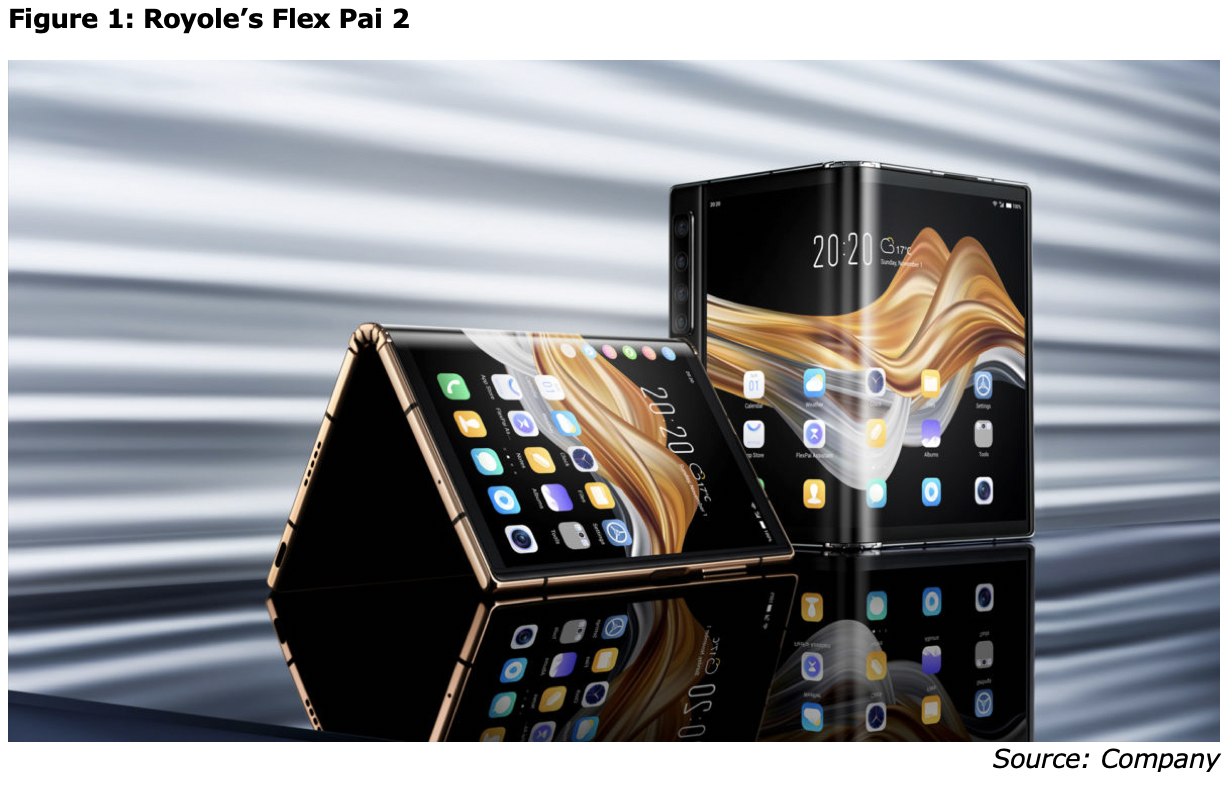 ​The FlexPai also had a third display in the spine, but it looks like the company passed this time around. Instead, users will be able to touch the edge panel when the phone is folded and quickly open preset apps.

The FlexPai 2 is heftier than its predecessor at 339g compared to the Galaxy Z Fold 2, which is 282g.  The camera also gets an upgrade with a 64MP wide-angle camera, a 16MP ultra-wide sensor, an 8MP telephoto sensor, and a 32MP camera for portraits. The main camera setup also doubles for selfies. The FlexPai 2 features a 4,450mAh battery with 18W charging via a USB-C port. It comes in 8GB/12GB RAM options paired with 256GB/512GB storage. Colorways include Sunrise Gold, Cosmic Gray, and Midnight Black. The prices is $500 cheaper than the $2,000 Samsung Galaxy Z Fold 2 at ~$1,471) but remains a China-only launch. Royole expects to produce 6x the number of FlexPai’s 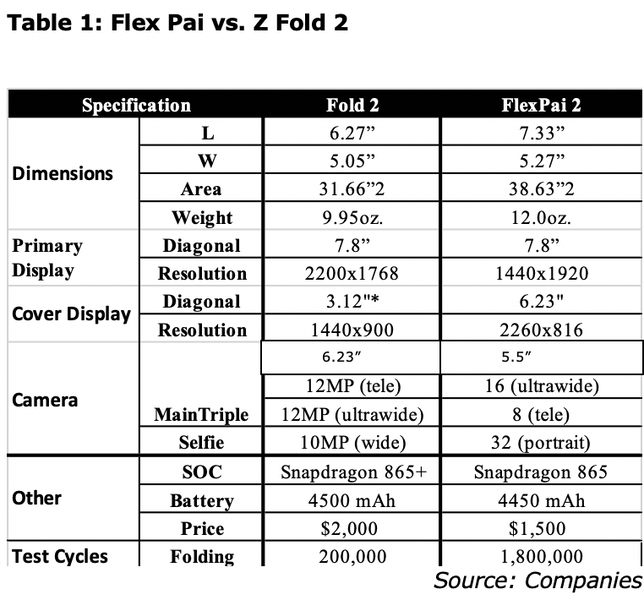