Royale was the first to release a foldable phone but they shipped less than 100K and were expected to release an upgrade to the FlexPai at MWC, which was cancelled. Now, Royole has released FlexPai 2 with a 3rd-generation Cicada Wing FFD (fully flexible display). It is only 1/3rd the thickness of the OG FlexPai’s foldable display and has been tested for more than 200,000 bends. Royole claims remains smooth and free from any crease after the test, because a new simulation model was used to optimize the mechanical properties of the display and prevent layer peeling. The size and the aspect ratio of the new FlexPai foldable’s display remains the same. It measures 7.8-inches when fully open in a 4:3 configuration and 6.78-inches when folded outwards. The Cicada Wing display also offers 50% more brightness and 400% more contrast than the original FlexPai’s panel. The new panel is apparently rated with a JNCD (Just Noticeable Color Difference) below 0.6, along with 1.5-times better brightness decay. 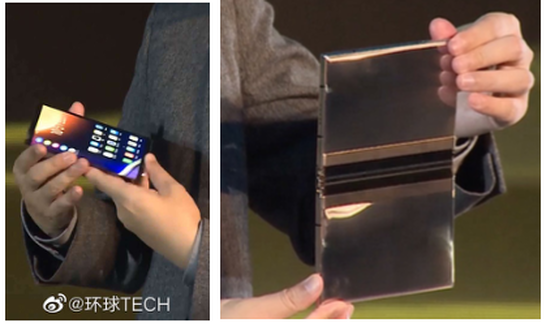 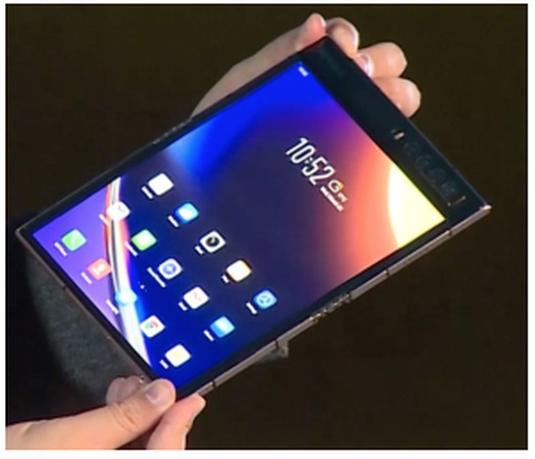 Source: Weibo/Moving Point Technology
​
The display has improved viewing angles which reduce color shift and brightness decay at angles more than 30º. Royole revealed that the Cicada Wing display has been made in partnership with ZTE so more phones to utilize this technology. For a tremendous performance, the Royole FlexPai 2 is powered by Qualcomm’s Snapdragon 865 and features faster LPDDR5 and UFS 3.0 storages than the previous device. The phone also features quad cameras and stereo speakers. The pricing of the Royole FlexPai 2 wasn’t revealed. It will be available in Q2 2020 so we can learn about the prices and availability of the different models. The partnership with ZTE means Royole has finally reached the stage where it's ready to work with phone brands, which could lead to a wider variety of flexible phones in the near future. “The two parties will work together to promote the rapid popularization and application of fully flexible screens in the 5G era in the smart terminal devices and other fields”, said Bill Lai, Royole CEO, without specifying whether ZTE for will be used for distribution or for ZTE’s first foldable phone.