​Facebook provided several updates on its mysterious smart glasses as part of its Facebook Connect developer conference. Referred to as Project Aria, this bleeding-edge research device uses machine perception and AI research to safely gather data in an effort to answer key questions, both technological and ethical, regarding the use of AR technology in a public setting. Best described as a precursor to a true AR headset, Project Aria will capture the wearer’s video and audio as well as their eye movements and location in real-time. “The glasses’ on-device computing power will then be used to encrypt and store information that, when uploaded to separate, designated back-end storage systems, will help our researchers figure out how AR can work in the real world,” states the company. According to Facebook, this virtual 3D map will allow future devices to understand the physical world by offering key information based on direct surroundings. In turn, these devices will offer continuous updates to the platform, such as new street names. “With Project Aria, we are building towards a future where our devices disappear into the flow of everyday life, enhance the world around us as we go, and render our devices more human in design and interactivity.” 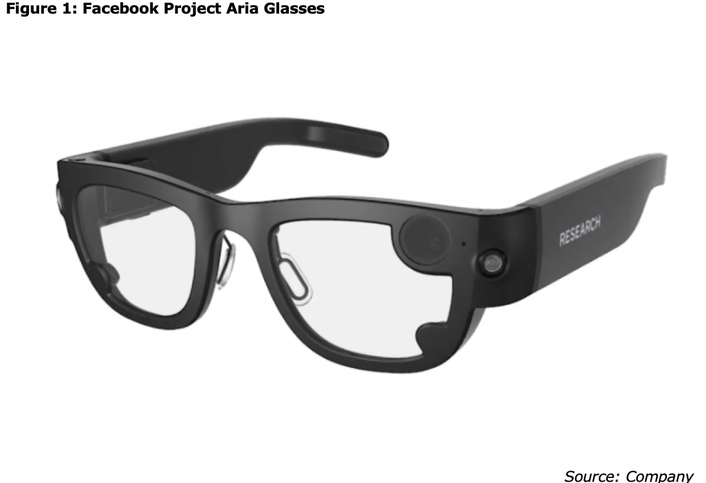