​The Sanyo Times reported the number of FPD exposure equipment sold during Q120 was 5 units at Nikon and Canon. The two companies sold 31 units in the same period of the previous year. 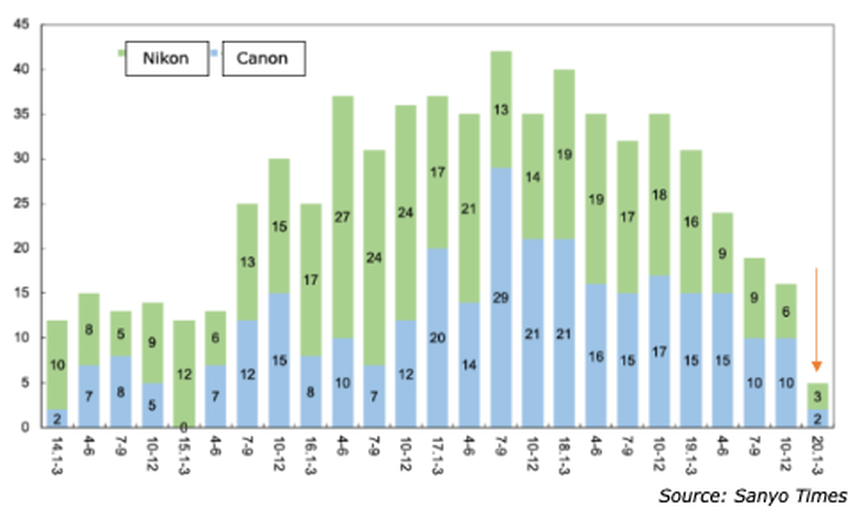 ​Shipping, loading, installation and startup work was shut-down in China. The typical number of shipments on a quarterly basis since 2010 was 6.


Chinese panel producer CEC Panda has been rumored to be in play with the additional share purchases made by parent China Electronics (state-owned. Current speculation is that  the company’s production fabs will be split between BOE and ChinaStar. BOE is expected to acquire Panda’s Chengdu Gen 8.5 LCD lines and ChinaStar will acquire the Nanjing Gen 6 and Gen 8.5 LCD lines (the Gen 8 line in Nanjing was recently evaluated to have a ‘recoverable’ value of $2.34B US). CSOT’s parent TCL seems far more interested in increasing panel capacity under its control as the 2nd largest TV brand in China and in the top 5 worldwide, securing not only its own supply but growing its overall display business as a production entity.  BOE has taken the opposite route, focusing forward capex on OLED and other new display technologies, raising questions as to why they would participate, although BOE is certainly interested in Panda’s IGZO backplane technology.