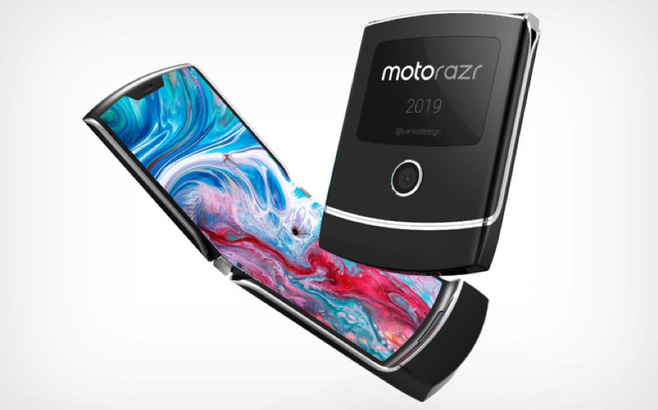 ​According to TechRadar, Lenovo CEO Yang Yuanqing said that foldable screens may be the key to reintroduce the RAZR, a really compact flip phone that expands into a full screen similar to the 6.5-inch phones we have today. Motorola essentially confirmed it will come out with a foldable phone in an interview with Engadget. Motorola has "no intention of coming later than everybody else in the market," Motorola vice president of global product Dan Dery said.

Xiaomi's folding phone has gone from prototype to a more polished promotional video that emphasizes what an eye-catching design Xiaomi is working on. It's a double-folding phone where the top and bottom of the tablet-sized screen fold down, leaving you with a compact (if chunky) smartphone. The latest video, posted to Weibo, shows what the phone will look like when it folds and how it will work when unfolded. Xiaomi's effort could be called the Xiaomi Dual Flex or Xiaomi MIX Flex.

There have been rumblings about OPPO's foldable phone plans, first uncovered by Mobielkopen in the form of patent filings. And now the Chinese phone maker has said that it's ready to build a folding phone — if there's enough interest. 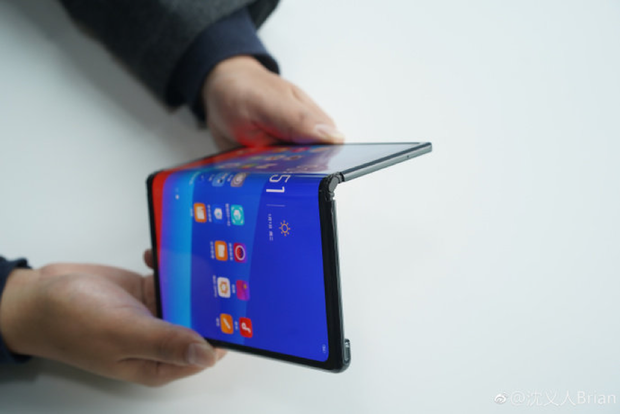 Source: Brian Shen/Weibo
​While there are few details about specs for this device, OPPO vice president of Chinese sales and marketing Brian Shen took to Weibo to post photos of a foldable prototype. Like Huawei's Mate X, OPPO's take on a foldable phone has the screen wrap around the outside of the fold, leaving you with two screens on either side of the device when it's folded up. Shen said the foldable phone could enter mass production if OPPO sees enough customer demand.

The company showed prototypes of the foldable models it was working on and has now hinted that it would start production of the flexible OLED panels that would be on the phone. 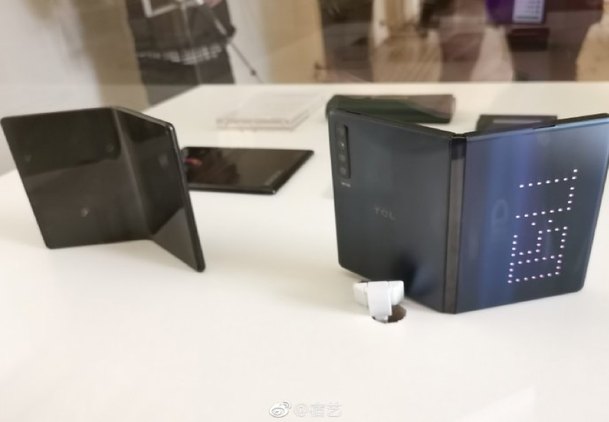 Source: Company
​The company reportedly acquired LTPS equipment from Japan and South Korea forits plant in Wuhan, China, the production of AMOLED panels is expected to commence in Q4 2019. The production will be done through its display division called Huaxing Optoelectronics. The flexible OLED panels will also likely be shipped to other OEMs. TCL is confident its display division Huaxing can attain double-digit growth both in annual sales and profit. The LTPS-LCD production for Q1 2019 reached $27.2 million, ranking third in the world among companies with a single plant. The tech giant also disclosed that it has reached an agreement with some top-class phone manufacturers for flexible OLED orders. TCL’s flexible OLED panels may likely also be featured on smart. Huawei is said to be working on its own smart TV. The report said that Huaxing will produce the 65-inch panels for the Huawei TV, while the 55-inch model would be manufactured by BOE.

The 2017 Axon M was more flop than foldable, thanks to a dual-screen design. But that’s not the end of the line for ZTE. In an interview, ZTE Marketing VP Jeff Yee said that they will get “something that’s truly bendable.”  ZTE has filed patents not just for a phone that folds in in itself, but also a phone with a wrap-around display. While drawings reveal the general design of each, their size, price, and development progress is not yet known. 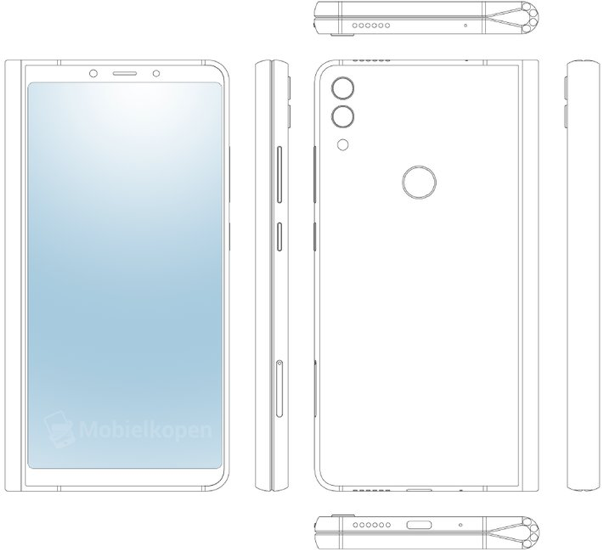 LG president Kwon Bong-seok, told the Korea Times that it's premature to come out with a folding device. "We have reviewed releasing the foldable smartphone when launching 5G smartphone but decided not to produce it," the LG executive said. Instead, the company is focusing on its 5G device for now. LG is experimenting with a second screen, but it's not quite the folding display that other phone makers have developed. When it unveiled the LG V50, the company also showed off an add-on called the Dual Display that clips on to LG's new phone, adding a second 6.2-inch panel. The display lets you run two apps at once and it's consistent with an LG patent discovered earlier by LetsGoDigital. 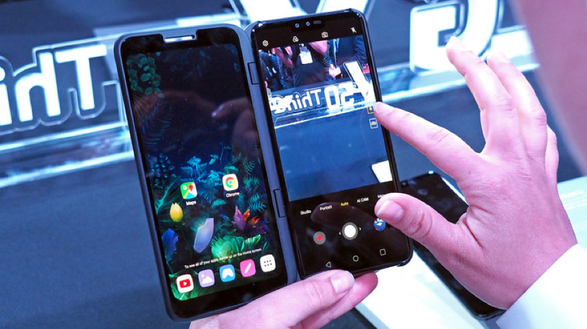 IP Park, chief technology officer and president of LG Electronics, said that the company was working on both rollable and foldable phones. And recent trademark filings suggest that LG is at the very least lining up potential names for a rollable device. In a filing with the European Union Intellectual Property Office, LG has applied to register three brand names: Flex, Foldi, and Duplex. The latter may refer to the dual-screen phone. Flex is already in use in of LG’s curved phone, the G Flex 2. It seems logical to think that Foldi may refer to a foldable screen phone.
There’s also another patent — filed on November 20, 2018 — that shows this strange foldable by LG: 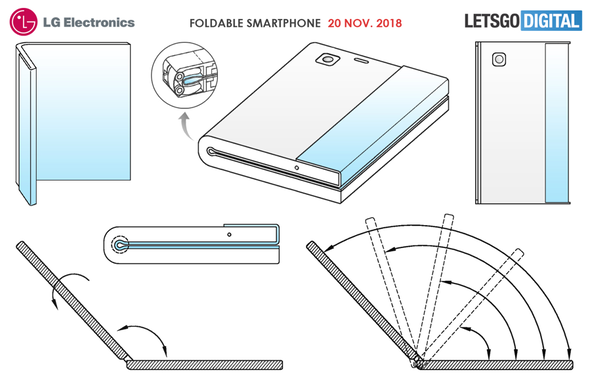 But Sony is apparently working on a foldable phone of its own, reportedly called the Xperia F. Details are pretty scarce. The phone will reportedly feature an ultrawide 21:9 aspect ratio and won't be ready for prime time until 2020. At least there's already a concept video, though. 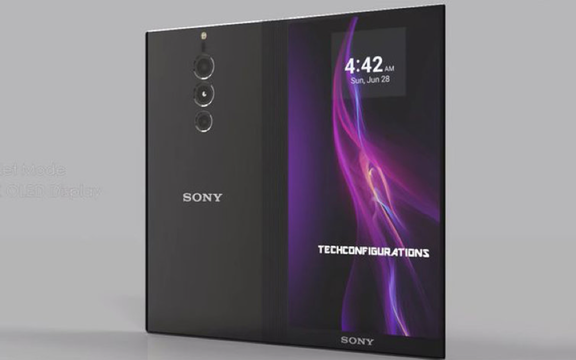 As we discussed last week, it makes sense for Sony to try something to liven up its smartphone business, especially with Xperia line failing to make much of a splash, particularly in the U.S. And 2020 could be the right time to jump in with a foldable phone, given the problems some of the early entrants are having.

One of the more interesting efforts comes from Sharp and features a candy-bar shaped design that folds in two. Interestingly, Sharp's phone leaves some of the screen exposed when folded, presumably to see incoming calls and read notifications. Dutch blog Let's Go Digital used Sharp's patent filings to sketch out what such a device would look like. 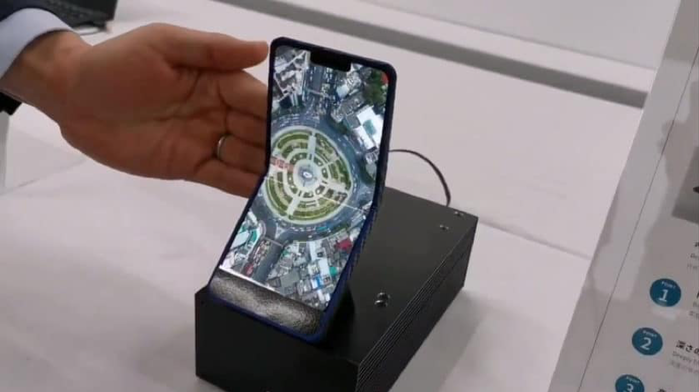 Google has patents of its own for a phone that folds in two and three places. That, plus Google's work on a version of Android that supports devices with flexible screens, has fueled speculation that we could one day see a foldable Pixel. 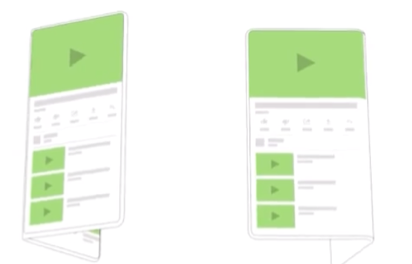 Source: Company
Apple
Apple is not talking about its foldable plans at all, but there’s no doubt they are working on exploring different designs, as this patent on hinge designs show. 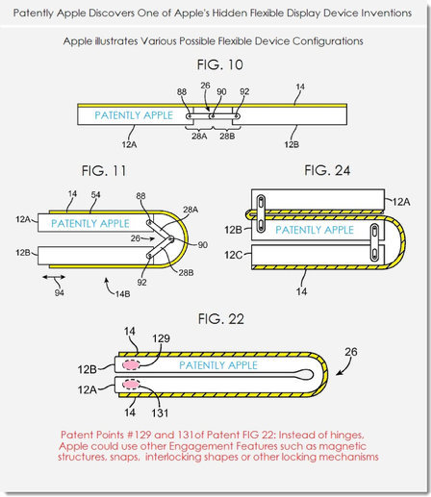 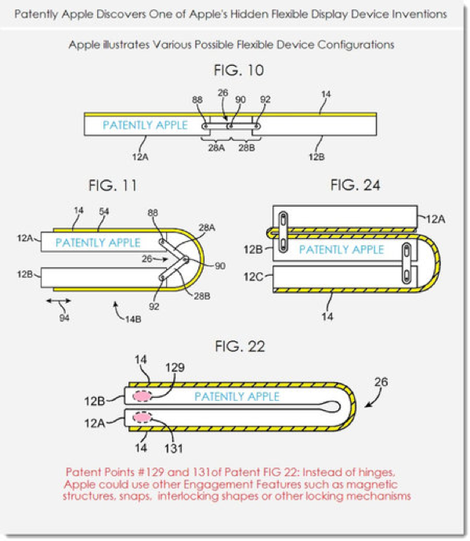 Source: Patently Apple
​Most likely, Apple, as some other fast followers, will wait until Samsung and Huawei iron out all the many technological kinks.

vivo
In February, vivo introduced its new sub-brand named iQOO and a Chinese leaker shared renderings of an iQOO foldable phone. The renderings of the foldable phone from iQOO show that it will be equipped with fold-out design.
hone. As a result, it offers users with a front display and a rear screen when it is closed. The leaked renders show that it is equipped with an edge-to-edge display. There is no official confirmation on the existence of a foldable phone from Vivo-backed iQOO company. 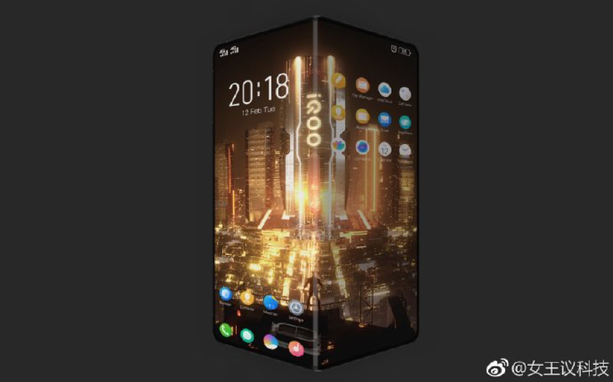