Vertical Divider
Even Apple Facing IC Shortages
​
Apple Inc.’s latest quarter was a blockbuster, with soaring revenue, record Mac sales, and stronger-than-anticipated iPhone demand. There was only one major snag: The global chip shortage is finally catching up to the company. On a call with analysts, Chief Executive Officer Tim Cook and Chief Financial Officer Luca Maestri warned that supply constraints are crimping sales of iPads and Macs, two products that performed especially well during pandemic lockdowns. Maestri said this will knock $3 billion to $4 billion off revenue during the fiscal third quarter. The executives blamed “semiconductor shortages that are affecting many industries” and “very, very high” demand for iPads and Macs. Cook said the component shortages were for “legacy nodes,” implying the setbacks are for products using older generation processors. He wouldn’t specify how long the shortages will last but noted that Apple did not experience this problem during the previous quarter.
Apple had avoided any major impact from this phenomenon, until now. The company recently announced new iMac models and iPad Pros with custom M1 processors, but neither product will begin shipping until the second half of May -- an unusually long delay. Still, the company’s main product, the iPhone, seems unscathed at the moment. Apple iPhone sales surged 66% in fiscal second quarter, first full period for model 12. The company didn’t provide specific revenue guidance for the fiscal third quarter, but analysts estimate revenue will top $68.7 billion. In Apple’s fiscal second quarter, the Mac generated a record $9.1 billion in sales, while the iPad topped Wall Street expectations with $7.8 billion in revenue.

After the peak of component crunch in the second quarter along with insufficient inventory in the third quarter, stress of stagnant deliverables in the supply chain seems to have been relieved. A consensus of the supply chain is to let the manufacturers breathe. The fourth quarter is in line with the traditional off-season, and the days should be easier. Digitimes expects the foundry sector’s strong demand will last until the end of 2022, based on dynamic changes in demand-supply status of IT industry from the most upstream of the supply chain. The notebook and zoom like services have enabled paperless environments, e-signature, e-payment, and even home delivery. The business community's work patterns are changing as Working From Home (WFH) became an acceptable work style. Iceland has three days off every week; Facebook allows employees to work from home; employees of Google and Apple are working from home for two days a week. However, the efficiency of remote teaching has been a failure, demonstrating that face-to-face interaction between teachers and students, is a requirement for learning, which will have a negative pull on Chromebook demand.

Prior to the pandemic, the Chinese market regularly accounted for more than 30% of the global market, but it has now diminished to 25% causing Chinese handset brands to expand outside of China into emerging countries. And geo-political differences soured the relationship between China and India resulting in the  emerging countries being flooded with handsets of Xiaomi, Oppo and Vivo. We recently reported on a partnership between Jio and Google to see Pixel-like handsets to the telecom company’s vast customer base in India.

Since the two largest semiconductor foundries are in Taiwan, it could be a bellwether for the state of the CE industry. 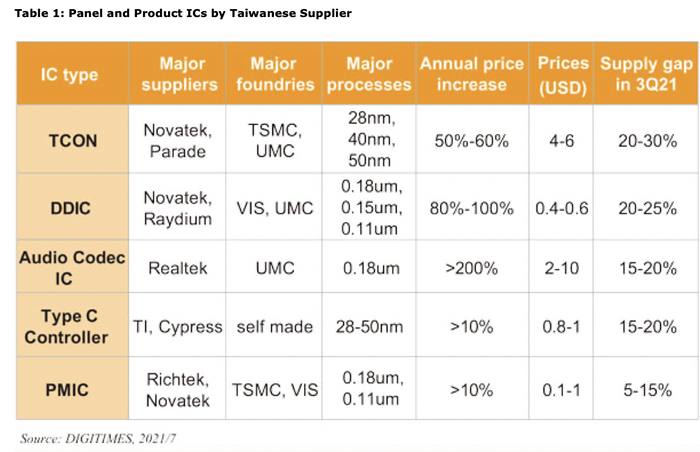