USA-based eLux was established in 2016 as a spin-off from Sharp Labs of America, to commercialize a unique MicroLED production technology. A year ago, we discussed the company's technology and business with its CEO, Jong-Jan Lee. 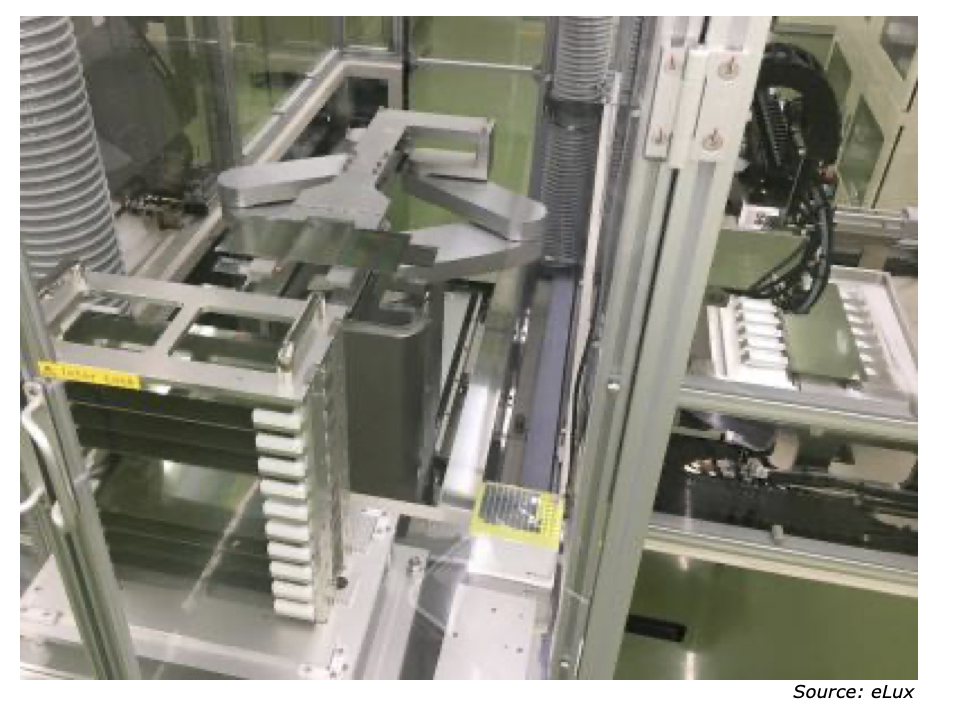 eLux announced that it has installed an automated fluidic assembly tool at its prototype fab in Taiwan. The new tool features fully automatic cassette-to-cassette fluidic assembly of ten display panels, each up to 15-inch in size. The tool has provisions for capture and recycle of MicroLEDs and assembly fluids to minimize operating costs, and its capacity can be expanded by adding two additional modules.

​Using the new tool, eLux produced a 12.3" display and managed to achieve a 99.987% natural yield consisted of 518,400 GaN MicroLEDs assembled in 10 minutes. This translates to an assembly rate of 3.1 million devices per hour. eLux says that out of these 518,400 LEDs, 34 were defective, and 33 of these could be laser repaired.