In the 21st century, strong population growth was associated with Asia – but this view of the world is changing  as the United Nations and Pew Research Center shows that in 2020, five out of the ten most populous countries in the world were located in Asia, but by 2100, five African countries – Nigeria, Ethiopia, Tanzania, Egypt and the Democratic Republic of the Congo – will be among the world’s ten largest. While some Asian countries continue to grow, they will do so at a lower rate and will be surpassed in population by African countries exhibiting faster growth. China and Bangladesh are expected to shrink until 2100, mainly a result of higher standard of living and education that has already begun to lower birth rates. In 1950, four European countries were still among the world’s largest. That number will decrease to one in 2020 and none in 2100. 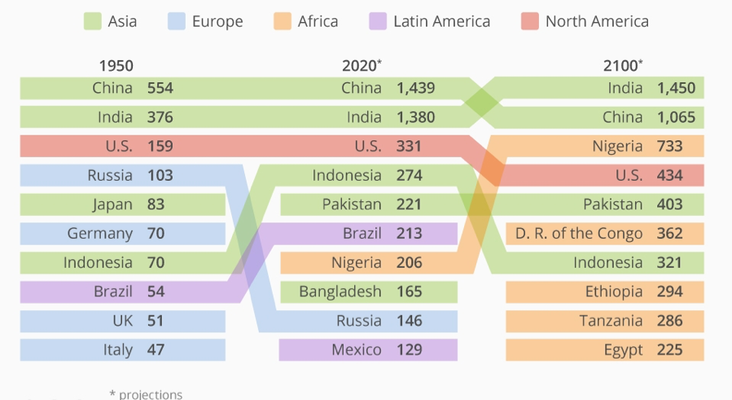