In a recent DSCC blog, they reported that the display industry has been on a downward revenue trend, since 2017, when it peaked at $127b. 2020 will be the 4th straight year that revenues are down, but DSCC expects that trend to be reversed in 2021, when display revenues should or remain flat through 2024. The growth will come from OLEDs, which have a 5-year CAGR of 12% through 2024, while LCDs drop at a 2% rate. 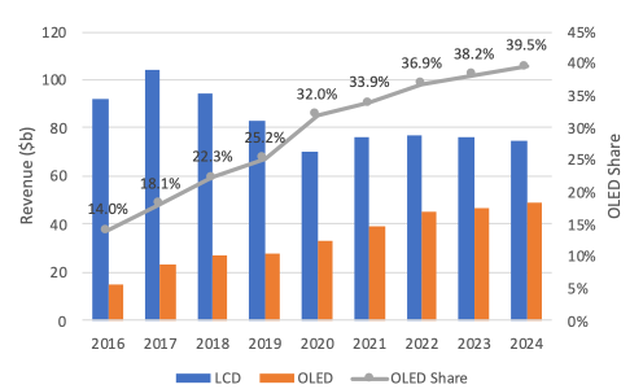 In 2019, 6 applications represented 92.4% of the total display panel market in terms of revenue as shown in the next table. The table also compares panel shipments with set shipments, which average 115% and range in 2019 from a low of 111% for notebooks to a high of 132% for tablets. More panels than sets are shipped in a given year to account for:
The specific difference in percentage by application has not been explained. As expected, panel ASPs are going down, except for mobile phones and notebooks, where average sizes are increasing as is OLED adoption. Neither TV panel size growth in 2020, nor the adoption of OLEDs has resulted in an ASP increase, likely because 1) there is too much LCD capacity driving ASPs down and 2) the growth of OLED TVs was limited due to the MP delay in LG’s Guangzhou fab, which was pushed back from Q419 to very later in Q220.

DSCC forecasts a strong recovery in 2021 with double-digit growth Y/Y in both units and revenue but not until 2022 will  the industry recover to long-term growth. LCD TV panel production has been the most volatile over the past 2 years, as BOE and CSoT each introduced 2-massive Gen 10.5 fabs, which caused the surplus in capacity to grow from 6.1% in 2018 to 15.8% in 2019, driving LCD prices down faster than ever. The effect has been monumental, causing Taiwan’s AUO and Innolux to fall into the red, Samsung to adapt or sell their Gen 7 and Gen 8.5 fabs by 2021 and LGD to transition the LCD fabs from TV panels to monitor and notebook panel production in 2020. Due to the drop in TV demand, the surplus is expected to grow to 18.2% in 2020 and then return to more normal situation starting in 2021. 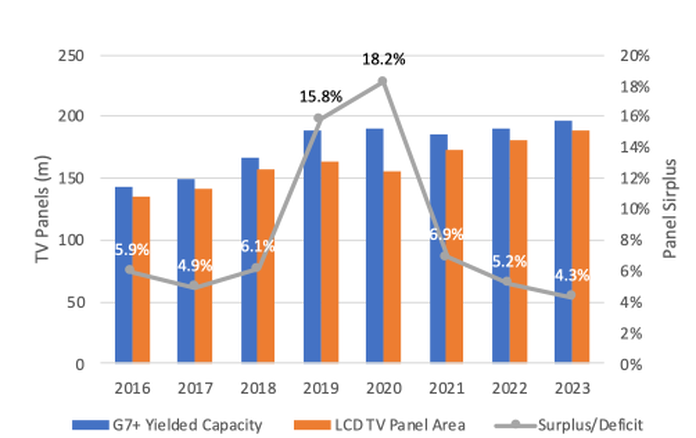 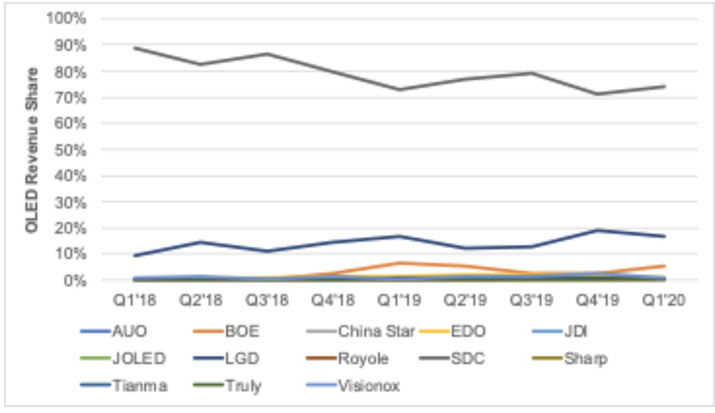 Source: DSCC’s Quarterly OLED Shipment Report
The paradox in this report is that in Q120, Samsung had 75% of OLED revenues, with 37% of the capacity in terms of sq. m, while LGD had 19% of revenues with a 36% of capacity and BOE generated 5% of OLED revenue with 19% of the capacity. LG’s lower productivity can be attributed to the suspension of production in one Gen 6 fab due to the upgrading of the TFE equipment, and the lower revenue per large area substrate compared to a flexible small/medium substrate. BOE’s issues are lower ASPs and significantly lower yields compared to Samsung. 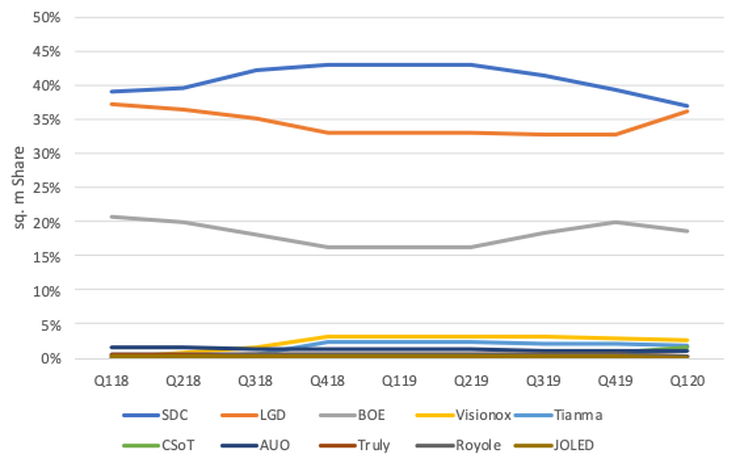 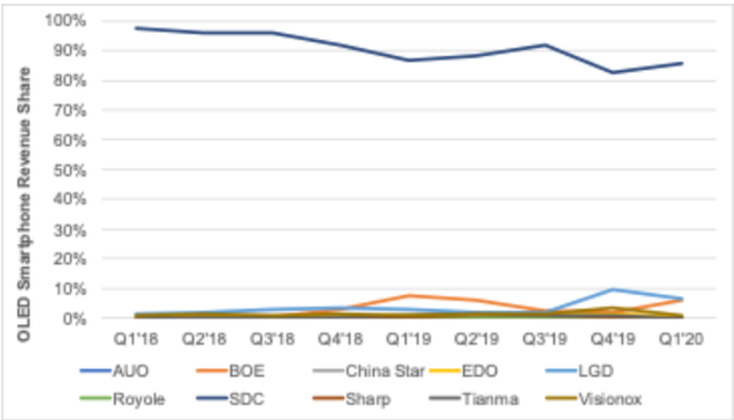 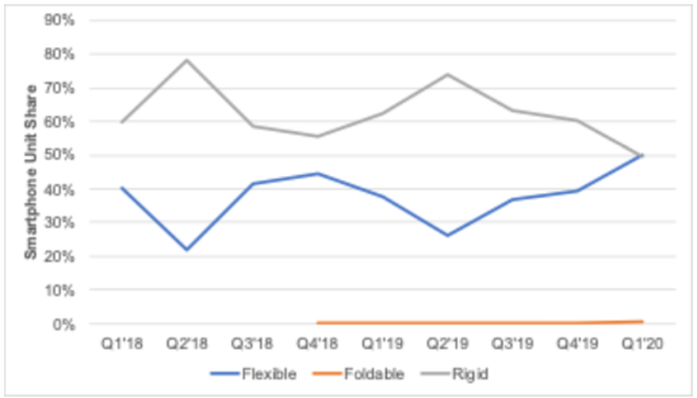