Vertical Divider
Does Anyone Buy A Smartphone Because of the Way the Back Looks?
April 12, 2020

LG is teasing a new, minimalistic design for an unnamed upcoming smartphone. The refreshed design is inspired by “the natural world” and features something the company calls the “Raindrop” camera module. Unlike the huge square and rectangular camera bumps on phones these days, LG’s design actually seems pleasant to look at. The back of the LG phone features a triple camera array accompanied by an LED flash. The arrangement of the cameras in descending order of size resembles a falling raindrop. LG notes that the main camera is slightly raised while the other two sit flush with the body of the phone. Another element that LG is introducing to the new phone is something it calls the “3D Arc” design. This basically refers to the curved edges of the front and rear, a lot like the waterfall screens we’ve been seeing lately. 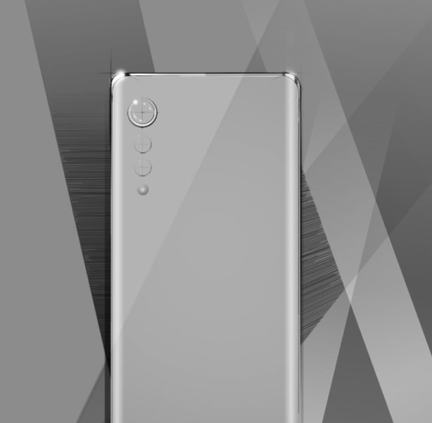 Source: LG
“This handset will be a first-look at the competitive edge we will be bringing to every LG smartphone going forward,” Head of LG’s Mobile Communications Design Lab, Cha Yong-duk, noted in an official press post.