China released its worst-ever quarterly growth figures last Friday. The last time China reported a drop in GDP was in 1976, before quarterly data began, when the economy contracted 1.6% for the full year. The March data, however, showed some signs of recovery, particularly in terms of retail sales, industrial output and fixed-asset investment. In Q120:

The pickup in March data is a signal that China’s economy is beginning its climb back on track, helped by stimulus efforts which are both starting to take effect and accelerating, as the Ministry of Finance announced that local governments would issue another 1 trillion yuan of special-purpose bonds by the end of May. The local government SPB quota could exceed 4 trillion yuan. Their scope has also been significantly expanded, allowing the money to go towards renovation of older residential areas, public health and other municipal facilities, and especially towards new infrastructure, with a higher cap on the ratio of debt to capital spending, up from 20% to 25%. 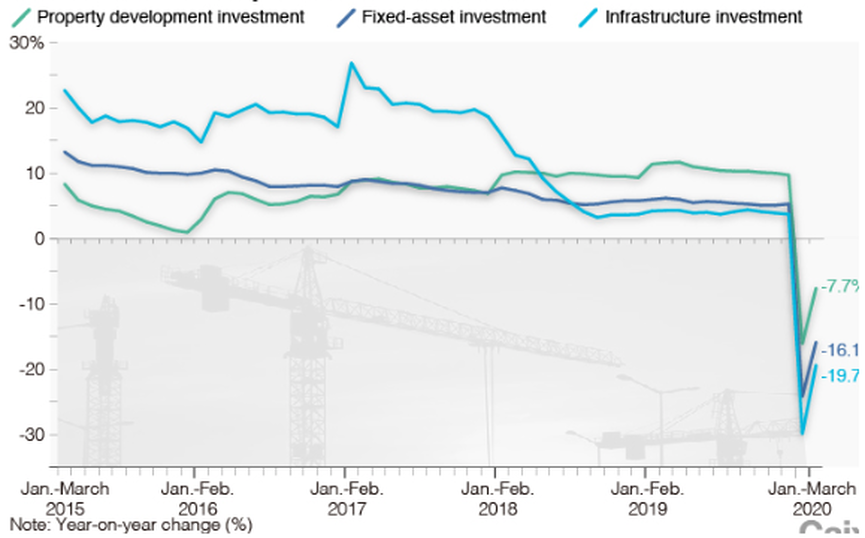