While the virus outbreak hit China the worst during February reducing the Chinese offline market by 50% and the global market by 14%, the LATAM market did not fall at all, because most operators and retailers already had stock piled inventory, in January, before the Chinese New Year. However, the scene changed drastically in March. Following the arriving of the first cases of COVID-19 in the region, the feeling changed, more or less, overnight. The outbreak will impact the LATAM economy greatly, with the smartphone market being part of the collateral damage. The impact will be both on demand and supply. But in LATAM, demand will have the larger impact on the market. Brazil was the first country to feel the supply shortage. In Q4 2019, 94% of smartphones shipped in Brazil were manufactured locally. During the first week of March, 70% of manufacturers reported having some impact from the lack of components from China. But by the beginning of March, China resumed shipments of components and sub-assemblies, allowing manufacturing to start recovering. A full recovery is estimated to take around two months. 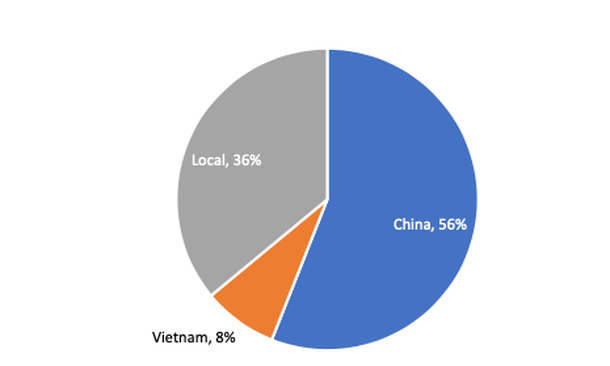 Source: Counterpoint Research Market Monitor Q4 2019
​
For the rest of LATAM, shipment and sales of smartphones continued as usual until March. This is because operators and retailers already had inventory to last until March. Some shipments from China were decreasing through most of 2019. A few brands have shifted part of their production to Vietnam, and in the latter part of 2019, they accounted for 8% of LATAM sales. Shipment from Vietnam was only slightly affected during February. Brands that have manufacturing source in Wuhan, such as Motorola, were among the most affected. Another side effect of this crisis will be an increasing brand concentration. Operators and retailers are already asking for better terms of payment, and only the big brands can offer them.
First cases of COVID-19 emerged, around the beginning of March, in various countries in LATAM. It was mostly dismissed as imported cases, and they would not spread. Cases in LATAM, were mostly imported from Europe. As the region has strong links with the old continent. At the same time, news about Italy and Spain’s high death toll, as a result of not ordering early quarantine, started to appear in the media. So local governments started to look for a way to cope with the upcoming crisis. Most LATAM countries have either partial or total quarantine until mid-April, although many countries will likely extend it until the end of April. The degree of lockdown varies among different countries. Despite of the type of lockdown decreed by the government, all operators stores, retailers and shopping malls are closed. After the end date, provided new infections are moderating, there may be a shift to a partial lockdown.
​Table 1: Latin America Main Market Lockdown Schedule

​Source: Counterpoint
The duration of the lockdown has a direct correlation with the decline of the economy. Governments are all weighing between the health crisis and the recession. Brazil does not have a central government lockdown. Moreover, President Bolsonaro has said that he does not endorse strict quarantine. He said that the effect of not working can be worse than the disease. He has been calling the governors to stop the lockdown after Easter weekend. The impact on the demand will have two different phases, during lockdown and post lockdown. During the lockdown, demand will free fall. It will plunge to close to zero, with all mobile device retail outlet closed. Lockdown in LATAM means that individuals are banned to roam freely, except to purchase food or other basic goods. This is strictly enforced by the police and the military. Only workers from service associated with food, health and security are allowed to roam in the street. Online sales surged, but it only benefit what is in the list of essentials, such as food and pharmacy. In many countries, such as Argentina, delivery of mobile device is considered non-essential, therefore is not permitted.
​
The second phase is the post lockdown, which most countries in LATAM will enter in deep recession. ECLAC (Economic Commission for Latin America and the Caribbean) has indicated that the regional GDP will contract by at least -1.8%. “Although a contraction of -3% and -4%, or even more cannot be ruled out” it says. Unemployment will rise by at least another 10%. Formal and informal workers will lose their job. So, demand will take most of 2020 to reset. The smartphone market will likely contract by -22% Y/Y in 2020. The worst decline will take place between Q2 and Q3 of this year. The market ASP will also decrease as the economic conditions might force people to replace the current smartphone with a cheaper device. Brazil and Chile smartphone sales will experience the smallest impact. Whereas Argentina and Mexico will suffer the highest impact. Although Argentina’s smartphone market was already contracting, it will decrease even more. Colombia and Peru sales will drop somewhere in between. The demand for refurb devices will likely rise, but this would depend on the ability of the refurbishing companies to offer desired smartphone models and whether the users feel that they are getting good value for money.

Meizu will announce at an event that on 22 April the launching of Meizu 17 mSmart 5G in China. The handset will come with mSmart 5G technology.  The company has already registered two patent technologies for Meizu 17 5G. The patent includes cloud synchronization base station prediction and signal detection. So, in simple words, Meizu 17 5G will be able to find and intelligently switch to ensure a more stable and faster 5G networks and will also connect to them quickly.  Meizu 17 5G will come with a 4,500 mAh battery expected to deliver 8 hours of 5G battery life when tested with mSmart 5G network. It will be able to provide 64% more power savings compared to other 5G smartphones. The handset also provide different modes such as subway mode, high-speed train mode, and high-speed mode. Under the hood, Meizu 17 includes a Qualcomm X55 modem, which can support download speeds up to 2457 Mbps at the peak, using SA and NSA dual-mode 5G networks and Wi-Fi 6 technology. Earlier leaks suggest a punch-hole OLED display with an in-display fingerprint scanner. 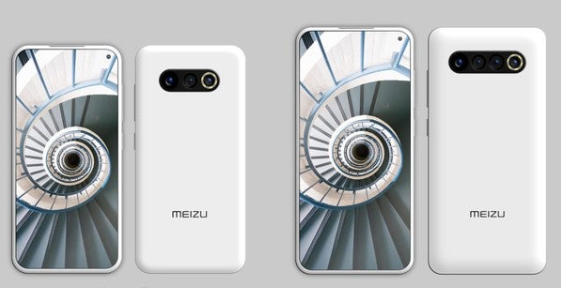