Vertical Divider
ConceptsiPhone Proposes Slide-out Revolution for the iPhone 13
A concept for an iPhone 13 device showed a machine that was evolutionary, perhaps even revolutionary. Apple doesn’t make products like this concept – or at least they never have before. The device in the concept video shows an iPhone 13 with several hardware features that Apple could adopt. This smartphone has a speaker grille for its front-facing earpiece (for telephone calls), but the speaker peeks through a punch-hole in the display. In the iPhone X, Apple’s already made its choice when it comes to using oddly-shaped displays to make way for front-facing cameras, sensors, and speakers – they went with the notch. 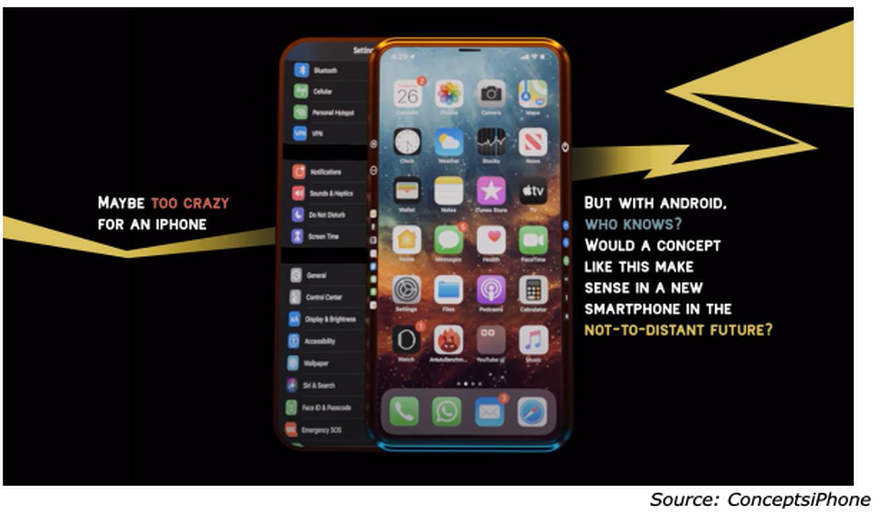 The iPhone 13 concept comes from the group called ConceptsiPhone. They’ve been making iPhone concepts for a while – well before the most recent iPhone 12 leaks began. ConceptsiPhone was created by Ran Avni, and made its way to thousands of subscribers primarily through Apple product concept renderings shared on YouTube and other social networks. Avni creates beautiful renderings of products that could, potentially exist, but in this case, won’t likely actually come to fruition. The iPhone 13 concept in the video below has software elements that make use of the curved-edge display that cascades down all four sides of the phone. 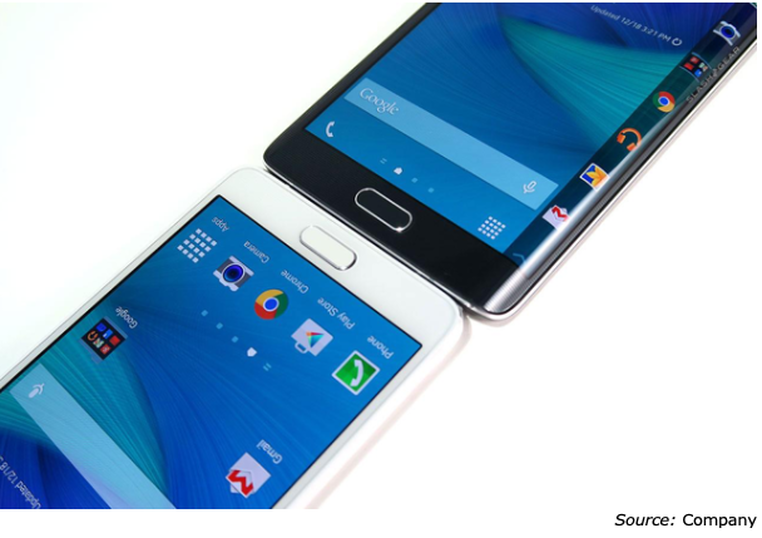 The curved-edge display caught on, as all of Samsung’s biggest models have toned-down edges similar to this here over half a decade after the first “Edge” display. But using the edge as a sort of app drawer –didn’t turn out to be particularly helpful, or useful enough to keep.  This iPhone 13 concept also slides – the top half slides over to reveal the back half of the phone, which sports a secondary display. A recent LGE and TCL-made extendable smartphone were shown as not only a smartphone concept rendering, but an actual, working device. 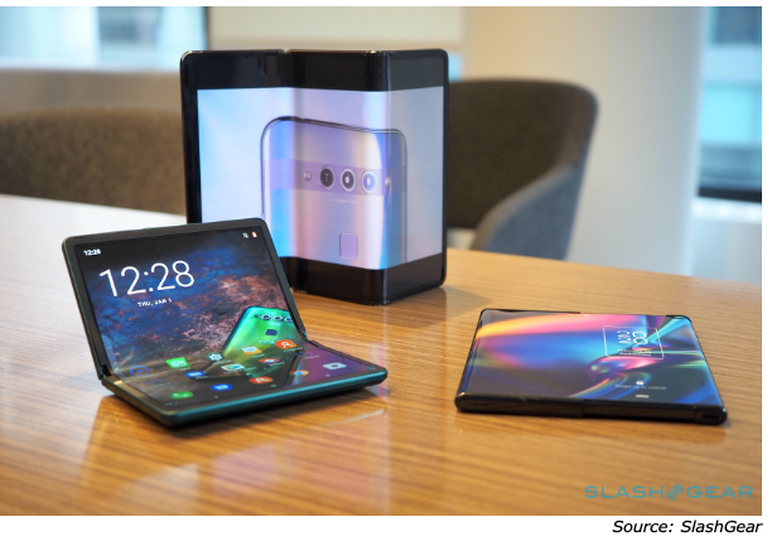 But TCL didn’t make a device with a slide-out secondary display. LG made a rotate-to-reveal secondary display in a concept called LG Wing, just revealed this mid-May. LG also delivered a dual-screen Android collection with devices like the LG G8X ThinQ and the “LG Dual Screen.” LG also made a device called “Flip II” for its release in Europe, and T-Mobile LG Doubleplay here  in the USA. That is a device released all the way back in the year 2011, here in the USA, with a slide-out secondary touchscreen display, running Android. 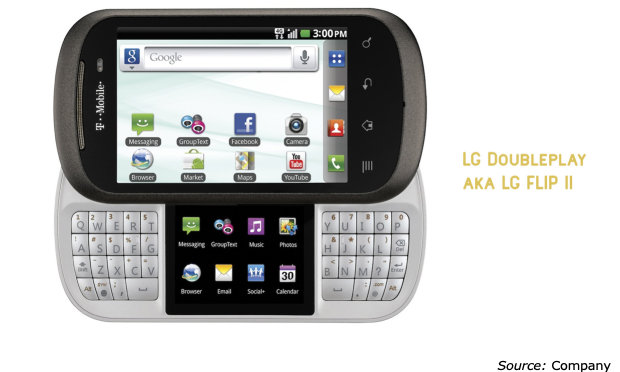