In 2020 Compound Photonics (CP) announced its high-performance IntelliPix MicroLED micro display backplane technology. CP's backplane supports resolutions up to 2048x2048 and a pixel pitch from 1.5 um and up.
The integration of the driver into the backplane lowers power consumption while providing optimum performance by:
Moreover, a reduced chipset count and the lack of physical interconnect between the driver and backplane, reduces cost and physical volume of the display module.

Compound Photonics announced a partnership with specialty foundry GLOBALFOUNDRIES to produce the IntelliPix backplanes.
The IntelliPix platform is based on CP's OnDemand Pixels technology, which 'intelligently focuses only on changing pixels". This conserves power in inactive pixel regions and enhances image quality, according to the company. The company is leveraging GF's high-performance and ultra-low power 22FDX platform, the new backplanes will enable high frame rates, low latency, and low power consumption. CP says it expects the first commercial products based on its MicroLED micro display backplanes to be on the market in 2023. (​Source: DSCC) 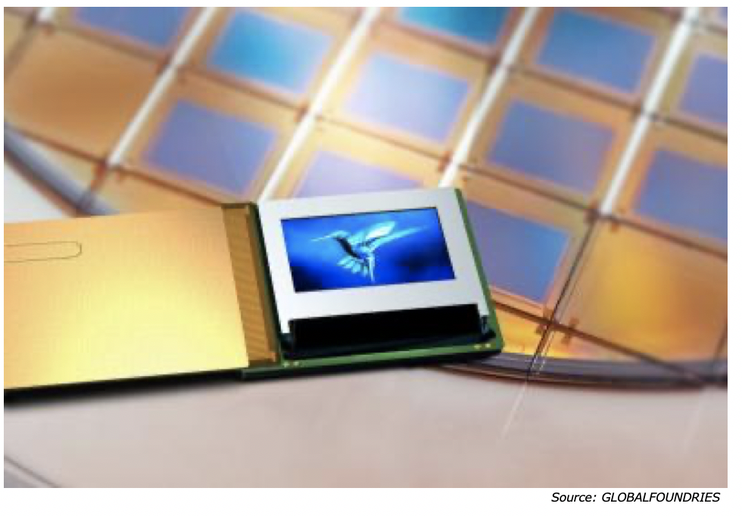